Why Kids Should NOT Be Taught “Obey All Adults” 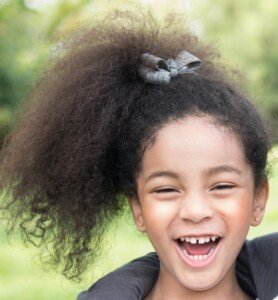 Teaching your children to “obey” all adults out of respect to them can increase their risk of being abducted by a predator.

Are you the type of parent who preaches to your children, “Obey all adults”?

Did you know this can set them up for being abducted by a sex offender?

After all, if the instruction to “obey all adults” or “respect all adults” is pounded into their heads enough, they won’t know to question that stranger who demands they get into their car.

This article is about parents who command their children to obey ALL adults.

This directive puts into the child’s mind that all grown-ups are included in this admonition. And it’s dangerous.

“The reason why is because it leaves children vulnerable to be mistreated and go along with it,” says Shani Verscheisler, founder and CEO of Magenu, a non-profit organization that creates and implements educational curriculums dedicated to empowering children in personal safety and awareness.

“If a child views him or herself as a second-class citizen, meaning always in the wrong and on the opposite end of the authority figure, it leaves the door wide open for a predator to say things like, ‘Don’t tell anyone, this is our secret,’ ‘No one will believe you because I am the adult,’ etc.

“It allows the child to be the victim at the get-go.  There should never be an ‘all adults’ rule.”

Many kids are instructed (and “instructed” is a mild term here) to “respect all adults.”

A child doesn’t know the creepy adult who just happens to have a rap sheet. Why should that child automatically respect and especially obey him just because he’s a grown-up?

Imagine that child having been grilled since day one to respect and “listen to” ALL adults, and “never question an adult,” and one day here comes along that pedophile who sternly orders the child into his car. Now what do you think that child will do?

Now, we know that there are adults whom the child sees on a recurring basis, such as teachers, coaches, the piano instructor, etc. But these aren’t strangers. This article deals specifically with strangers.

“Obey all adults” can mean a child will, without a second thought, obey the order of “Come with me” by a stranger who’s actually a pedophile. The School of Common Sense teaches this.

A child — including a teenager — may be so programmed to obey without any question ALL adults, that he or she may just automatically jump into that stranger’s car or go off on foot with that sex offender who’s using an authoritative voice to get the child to comply.

In fact, this programming can very well persist into adulthood, which explains why, in many cases, an adult will silently or passively endure years of sexual harassment on the job.

They’ve been over-programmed, since childhood, to submit to authority — even when they know that the authority is abusing his or her power — even if that abuse is of criminal proportions.

The child has no radar, no sense of discretion, due to that programmed, default reaction of obeying without question.

I have actually heard parents tell their children, “Obey all adults.” Perhaps you have, too.

What’s so special, so godly, about ME, that YOUR child, a complete stranger, should bow to me without question and take orders from me?