Smallest Warning Signs that a Man May Abuse a Woman 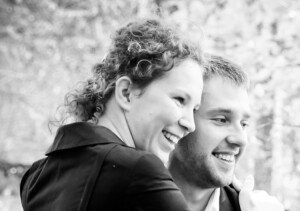 Find out the smallest, most subtle warning signs that indicate a man may abuse his new girlfriend or wife.

Perhaps you’ve read about the “earliest” warning signs that indicate a man may become abusive to a woman in a relationship, but earliest doesn’t always mean the smallest or most subtle.

Not all red flag behavior means that a man will eventually hit a woman or repeatedly put her down.

But a man who’s destined to abuse his new girlfriend or wife will typically start off with very small or subtle signs that, to an astute woman, will raise red flags.

“The problem with the subtle signs is that they’re not very conclusive,” says Tina B. Tessina, PhD, a licensed psychotherapist in Southern California who counsels individuals and couples, and is author of over a dozen books including “The Unofficial Guide to Dating Again.”

Dr. Tessina adds, “A good man can exhibit them, too; he just won’t go all the way to angry.”

A woman who begins observing peculiar behavior in her new boyfriend or first or second date must put everything in perspective, since one isolated incident of a little angst doesn’t necessarily paint a man as evil.

“Many men who are abusers appear very suave,” says Dr. Tessina. “They’re well-dressed, often have executive jobs and they like to control things, including people.”

Again, put things in perspective to see a bigger picture, since not all executives or nicely dressed men are looking to beat up on a woman. See if all those subtle things possibly add up to something to be leery of.

For instance, says Dr. Tessina, “abusers may insist that they’re right, even when they’re clearly wrong. Abusers like people fawning on them, so they may be big tippers.”

On the other hand, a potentially abusive man can be a tightwad with a blue collar job. Again, it’s about putting what seem to be subtle warning signs into perspective.

“Abusers usually blame someone else for whatever went wrong in past
relationships or work situations,” continues Dr. Tessina. “It’s never the abuser’s responsibility when something goes wrong.”

“None of these things, by themselves, absolutely guarantee a man’s abusive, but if you test him by disagreeing or having your own opinion, he’ll probably get forceful,” says Dr. Tessina.

See how he responds when, after he insists you order what he’s ordering at a restaurant, you tell him with conviction that you’re ordering something else.

Dr. Tessina points out four traits that can be subtle warning signs of a future abuser. The first is a man who won’t take “no” for an answer; he doesn’t make requests; he makes demands.

Second, it seems as though every discussion turns into an argument. Next, he pressures you to do something you feel uncomfortable about.

Finally, he makes threats (e.g., to end the relationship), though threats are more than a subtle warning sign. But threats can come in the form of badgering.

A classic subtle warning sign of an abusive man is when he expresses angst that a woman spends too much time with her friends or family.

Another common but subtle warning sign is when a man starts making requests regarding what a woman should wear; suddenly, he’s in charge of her wardrobe.

These little things, isolated, may not amount to much, but when they are added up together, watch out: Ask yourself if this is what Prince Charming is supposed to be like.