Does the Heart Lung Machine Cause Cognitive Impairment or Not? 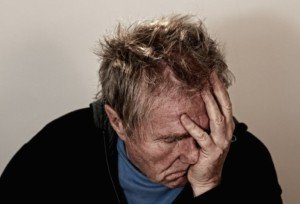 The heart-lung machine used in coronary bypass surgery is a two-edged sword.

The cognitive problems that are associated with it have led to the name “pump-head” to describe some patients who — seemingly — are in a permanently worsened cognitive state since their coronary bypass surgery.

“Although there may be temporary cognitive impairment after open heart surgery, this resolves over several weeks,” says Michael Fiocco, MD, Chief of Open Heart Surgery at Union Memorial Hospital in Baltimore, Maryland, one of the nation’s top 50 heart hospitals.

“It is difficult to determine if this is only related to cardiopulmonary bypass, but more likely is due to multiple factors.

“Sleep deprivation, narcotic pain meds, change in environment, and the stress of this physical and emotional trauma all are likely contributors.”

What about alleged cases of permanent worsening of mental faculties that were noted only since the bypass operation?

Dr. Fiocco explains, “Long-term cognitive impairment is rare and almost always associated with preop subtle cognitive loss that has gone undiagnosed — and is brought to light by this stressful event.”

There simply has not been any way to determine just how many patients — with perfectly intact cognitive function prior to cardiopulmonary bypass — ended up permanently cognitively impaired after the procedure.

For all we know, there may be patients who experienced that temporary post-surgical cognitive impairment that Dr. Fiocco mentions — and it lasted perhaps around two months.

But in the course of the last month, by sheer coincidence, the patient began showing the first early signs of dementia — which would have occurred even without the heart surgery.

But due to the coinciding timeline, the dementia (or “cognitive impairment”) is blamed on the heart-lung machine.

In such a patient, just as the temporary effects of the surgery and all of its associated stressors are beginning to resolve, the first signs of dementia are kicking in, overlapping.

This scenario is entirely possible because so many CABG patients are over 65.

Many may die (of any cause) before a formal diagnosis of Alzheimer’s disease is made.

Absence of this diagnosis strengthens the argument that the heart-lung machine can cause permanent cognitive impairment.

Nevertheless, it’s a hardcore fact that for many patients, the post-op period includes mental impairment to some degree.

A research team set out to see if minimizing surgical trauma to the heart’s aorta during bypass surgery would cut down on the post-op cognitive problems.

The study results appear in the Journal of Thoracic and Cardiovascular Surgery (Jan. 21, 2006) and was conducted by Wake Forest University School of Medicine.

Beginning in 1992, the team from Wake Forest has been investigating the cognitive problems that proceed coronary bypass surgery when the heart-lung machine is used.

For the study, 237 patients were involved. Some patients had the coronary bypass surgery with the heart-lung machine plus standard manipulation of the aorta (cross-clamp), while others had the same operation except a single clamp was used.

The single clamp moves the aorta less than does the cross-clamp.

Surgery without the heart-lung machine was also in the comparison.

The patients received psychological tests before their operations, then 3-5 days after, then 3-6 weeks after, and then six months after.

After six months, group 1 had the highest percentage (57 percent) of remaining neurological deficits.

Group 2 and 3 had percentages of 30 percent and 32 percent, respectively.

Wake Forest’s researchers’ monitoring techniques track particles  —  emboli and gaseous bubbles  —  that make their way to the brain during standard coronary bypass procedures. The emboli are believed to be the cause of the deficits.

Keep note that this is an older study, but even today, there is still speculation when it comes to the heart-lung machine.