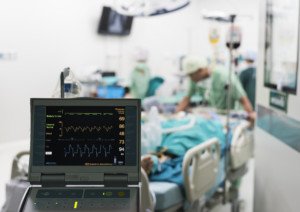 Can angiogram, bypass surgery and valve replacement be done in the same day?

And if so, how life-threatening could this trio be?

Coronary angiogram, coronary bypass surgery with heart valve replacement, all in the same day — it was done with my mother.

In the same day she had a coronary angiogram, coronary bypass surgery and mitral valve replacement.

The catheter angiogram is an invasive procedure that carries the following risks: cardiac arrest, blood clot, arterial damage and infection.

The angiogram is the gold standard for detecting blockages in coronary arteries as a result of heart disease.

If the blockages are extensive enough, a surgeon will deem the situation an emergency and want to operate as soon as possible.

Otherwise, delaying the coronary bypass surgery by even a few days can put the patient at risk if a heart attack is imminent.

“Your mother is stabilized,” I was told by the internal medicine doctor after I learned she needed quintuple bypass surgery.

She had undergone an angiogram and the worst I had expected was the need for a stent or balloon angioplasty.

I was a bundle of nerves as I waited in the corridor after the doctor went back into a restricted area.

Soon, I was told that the surgery would be sometime next week; it was now Friday, and I was concerned that in the interim, she’d have a heart attack.

I didn’t feel too confident that the heparin drip and supplemental oxygen would be very preventive.

Neither did the cardiothoracic surgeon; next thing I knew, a doctor told me that the surgery would be “this evening.”

This spared me the anxiety of having to wait several days for it and fear that during that several days’ wait, a heart attack would come.

I was also informed that she had mitral valve regurgitation and would require a tissue valve replacement; the tissue would be from a pig.

I asked if there was any danger in performing the coronary bypass surgery so soon after the invasive angiogram, and I was told that there was no great danger there (I don’t recall the specific words, but the translation was: no great danger).

It’s not uncommon for someone to undergo coronary bypass surgery the same day as a catheter angiogram.

This is called emergent coronary bypass surgery; the image shows vessels so severely blocked, that the physician determines that a heart attack can happen at any time, and thus, decides to perform the operation as soon as possible.