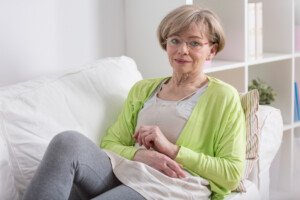 How long does it take for chronic subdural hematoma to resolve completely?

Chronic subdural hematoma refers to gradual, slow bleeding in the brain that can be caused from getting hit in the head, but how long does it take for this condition to completely resolve?

Usually, chronic subdural hematoma is born when a person gets hit in the head, or bumps their head, but the risk is much higher in the elderly, especially if they’re on blood thinners.

My mother was on two blood thinners at the time she fell in the bathroom and hit her head on the bathtub.

The first symptom of this accident, other than the visible wound that I saw soon after I helped her to her bed after the fall, was a debilitating headache and lower body weakness … six weeks after she fell.

That day she was diagnosed with chronic subdural hematoma.

Nine and a half weeks later, the neurosurgeon declared my mother completely clear of the chronic subdural hematoma.

The CAT scan of her head was clean, normal, and she was discharged from his care.

This doesn’t mean that it typically takes nine weeks for a chronic subdural hematoma to resolve.

In the case of my mother, there is strong reason to believe that a second fall caused a setback.

One need not strike their head to cause a chronic subdural hematoma, or create a setback in a healing cSDH.

If a fall or sudden motion (such as riding in a car in which the driver slams on the breaks) causes a jarring motion of the head in an elderly person, this can shake things up with the brain’s blood vessels.

And if there’s already a tear in a vein that caused a chronic subdural hematoma, than this jarring can cause more tearing, and hence, more bleeding.

My mother had a recurrence of the cSDH; the symptoms of this began about 10 days after the burr hole draining of the first chronic subdural hematoma.

The neurosurgeon was not able to rule out that her second fall (in which she did not hit her head, but jarred it) didn’t cause the recurrence, even though recurrence happens about 15 percent of the time after drainage.

The neurosurgeon will then “follow” the condition with CAT scans. 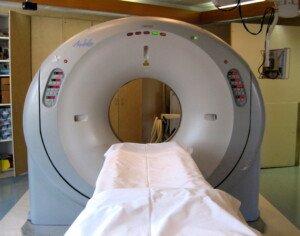 The CAT scan will show how much blood and cerebral spinal fluid is still in the brain, and how old the blood is.

Over time, follow-up CAT scans should show a diminishing amount of blood.

The surgical draining will not get rid of 100 percent of the blood, but is designed to get rid of enough to:

1) relieve symptoms, and 2) promote the healing process, which is the body resorbing the fluid and the veins healing.

While a patient is healing from chronic subdural hematoma, blood thinners will be off limits, and the patient must take vigilant precautions to avoid hitting their head or experiencing any jarring motions.