Can You Pick Off Melanoma, How Much & Will it Spread 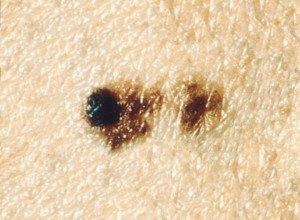 The questions should be how much melanoma can you pick off, and will picking at a melanoma make it spread?

This deadliest of skin cancers doesn’t just grow on the skin surface, but below it.

“It is the remaining portion in and below the surface of the skin that has the potential to spread, and do what melanoma tragically does so often, which is kill people,” says Neal Schultz, MD, a dermatologist with a private practice in the NYC area, and founder of dermTV.com.

The disease kills about 10,000 Americans every year, yet it is perhaps the most curable form of cancer when caught early enough.

So how much of a melanoma can you deliberately pick off?

Well, if you go deep enough, says Dr. Schultz, you “may in fact remove the entire thing, and if it was only a ‘suspicious’ or abnormal, meaning (benign) precancerous mole, then that (precancerous) mole no longer has the ability to cause a melanoma, and the person has succeeded in permanently removing the threat of it becoming a melanoma.”

However, this never validates picking at what you suspect is melanoma. 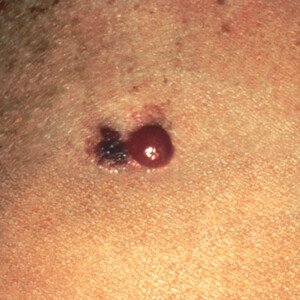 “The problem is that there is no way of knowing without examining the specimen with a microscope, whether it’s been removed completely.”

“And if it hasn’t, then it’s even worse because the surface can heal (so there is no visible mole tissue), and the remaining abnormal mole (invisibly under the surface of the skin) continues to grow under the skin,” explains Dr. Schultz.

“And can turn into melanoma and remain undetected until it has invaded deep into the skin, which when it reaches blood or lymph vessels is how it spreads (metastasizes), which is what kills people.”

The first sites that this cancer tends to spread to are the lungs and brain.

Dr. Schultz continues, “As a dermatologist who specializes in the early detection, prevention and treatment of skin cancer and especially abnormal moles and melanoma, when I examine patients and think a mole is suspicious, and I put in anesthesia and use my surgical skills to remove it, about 10 percent of the time even I don’t remove the entire abnormal mole.

“Because it had microscopic tentacles either under the skin or in the skin surrounding the visible part of the mole, not visible to the eye, which are only microscopic and that extend beyond the limits of the removal.” 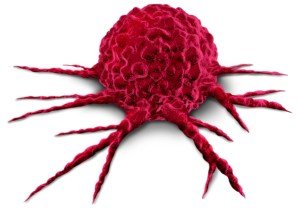 Dr. Schultz knows that 10 percent of the time his excision doesn’t get the tentacles because the lab report comes back with this information.

Of course, in the case of compete removals, the lab indicates this too; a complete removal of a precancerous mole means that there’s nothing left to turn into skin cancer.

But can picking at a melanoma make it spread, then?

“If you try to pick off a melanoma, and in fact only remove part of it so that you have actually cut through the melanoma, that cannot make it spread,” says Dr. Schultz.

“Similarly, if a surgeon cuts through a melanoma in the process of removing it, that cannot make it spread.

“That has been established and proven in peer review published medical studies.”

Nevertheless, don’t pick at that thing on your skin that you fear might be melanoma just because you now know that this won’t make it spread.

Dr. Schultz adds, “By the time a melanoma is raised enough for you to ‘pick off’ a part that is sticking up, it is already advanced and may have penetrated deep enough into the skin to spread, since there is a direct relationship between how raised or elevated a melanoma is and how thick (deep) it is under the skin.”

So though you yourself can’t make melanoma spread by picking at it or removing some of it with your fingernail, tweezers or razor blade, the fact that it’s elevated enough for you to do this means that it may have already spread into nearby lymph nodes.

You cannot regress the already-spread status of a melanoma by picking at just the tip of the iceberg.

If any spots on your skin have you worried, see a dermatologist, even if you don’t have medical coverage.

The 10-year survival rate for this type of skin cancer is near 100 percent when caught at stage zero.

If you have many moles, consider a cutting-edge screening tool known as serial digital dermoscopy.

Dr. Schultz has been treating his patients’ dermatologic conditions for 30+ years, with particular emphasis in skin cancer prevention and treatment, acne treatment and laser surgery.