Are Big Thunder Thighs Genetic? Are Some Women Doomed? 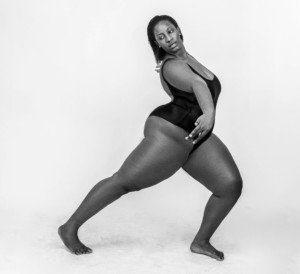 Are you convinced that your big thunder thighs are genetic and nothing can be done about them?

Do you stare at your big thighs in disgust, but then think, “It’s genetic”?

Maybe you don’t have thunder thighs, but when you see them on women, you’re convinced that “It has to be genetic.”

If a woman weighs 300 pounds, of course she’ll have massive legs, but they’ll usually match pretty well with the rest of her body; her entire body is huge.

However, in the case of classic thunder thighs, the upper legs are too large for the rest of the woman’s body.

She may be carrying extra weight all throughout her body, but her thighs are still out of proportion, and they really stand out.

Another way that this problem manifests itself is when a woman’s upper body is of medium girth – she’s not chubby or stocky here, but her lower body, especially the thighs, and sometimes only this area (and the hip region) is big; chunky; hefty.

And it is not muscle.

A layperson can easily tell the difference between the fat of classic thunder thighs with their accompanying jiggly or fatty tissue in the hip region, and the impressive muscle size of an Olympic woman sprinter or speed skater.

The major difference is that in the sprinter (or speed skater), the entire body is hard, and often quite muscular.

A woman with “big” or “thunder” thighs usually does not have a trained-looking physique. Often, she’s quite soft looking or pear shaped.

So, are thunder or disproportionately large thighs in a woman genetic? 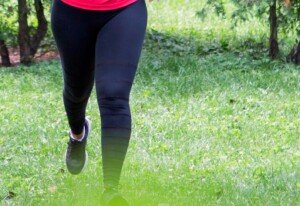 Well, to some degree.

However, this doesn’t mean there isn’t a cure for out of proportion hefty thighs.

Many women are convinced that nothing can be done about this problem; many women resign to living with this unappealing feature, even though they hate this.

But here is a very compelling question: Have you ever, ever, ever seen a woman with tree trunk thighs/big hips, and a ripped, lean upper body?

And when I say ripped, I mean chiseled, sculpted, glistening with tight, sleek muscle (not bulk). Have you?

I’m talking about a woman with a size 6-10, ripped upper body (and the size 10 would correspond to a taller woman), but with fatty, hefty, porky thighs.

You won’t see such a woman. And why is that? Because the workout and nutritional regimen that create a totally buff, ripped upper body will valiantly fight against thunder thighs. 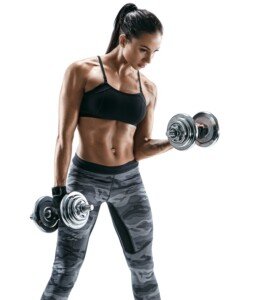 I have seen many women with chunky thighs and a size 6-10 upper body  —  but  —  their upper body was nowhere near buff status, not even in the same ball park.

The workout regimen (and diet, of course), that gives rise to an amazingly sculpted upper body will, likewise, create astonishing effects for the lower body.

This assumes that a woman works her lower body in the same way that she does the upper body.

Genetics do play a role, in that women tend to carry more fat in the upper legs and hips than do men.

And in the absence of intense strength training, some women’s legs will just fill out with fat and cellulite.

I might add that I never see women with thunder thighs working their legs the same way as the women do who have lean, sleek, buff legs (not scrawny; not thin; but sculpted, shapely hard gams).

So if you suffer from thick thighs, what’s the takeaway message here? Don’t give up.

Change your workout routine; it’s not effective. Cut your cardio time in half and double your strength training time.

And employ the following weapons: