Why Does Ovarian Cancer Cause Appetite Loss? 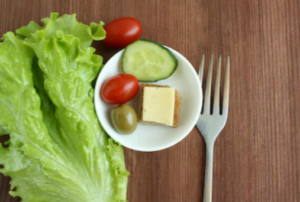 Ovarian cancer can suppress appetite; this is a hallmark feature of this disease, the deadliest of all gynecological malignancies.

I was wondering just what mechanisms are involved that make ovarian cancer lead to appetite suppression.

First of all, realize that if you’ve had a suppressed appetite lately, don’t torture yourself by jumping to the conclusion that you probably have ovarian cancer, which is very rare in premenopausal women.

“Advanced ovarian cancer can sit on the surface of the stomach or the intestines and this can make the patient feel full early,” says Diane Yamada, MD, Chief, Gynecologic Oncology, University of Chicago Medical Center.

“Tumors, extensively involving the omentum, known as an ‘omental cake,’ can also make the patient feel full all the time.”

The omentum is a fold in the abdominal cavity connecting the stomach to other organs.

In the case of ascites, which can result from ovarian cancer (and other malignancies such as pancreatic), and non-malignant disease processes such as cirrhosis of the liver, up to two liters of fluid may be present, suppressing appetite, causing a bloating feeling and creating visible distention or swelling of the abdomen.

“Tumors can also cause a bowel blockage or obstruction, which may make the patient feel nauseous and not want to eat.”

Thus, once ovarian cancer begins causing suppression of appetite, the disease may very well have already spread beyond these walnut-sized organs, into the abdominal area.

Survival rates for ovarian cancer are dismal because usually, this disease is discovered after it has spread. 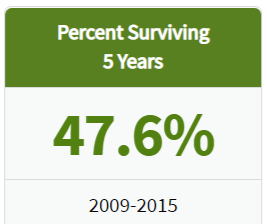 This is because there are no screening methods for detection.

If you’re wondering about ultrasound, this tool cannot create an image definitive enough to differentiate between a malignant and a benign mass.

Neither can an MRI or CAT scan. A confirmed diagnosis is made via biopsy (tissue is removed surgically).

Only 19 percent of cases are discovered while the disease is still localized to the ovaries.

These discoveries are made incidentally from imaging tests that the patient receives for other reasons, such as a pregnancy checkup, or X ray of the pelvic area after a car accident.

A “suspicious” mass is detected, and diagnostic follow-up reveals malignancy.

Again, if you have appetite suppression, don’t lose sleep thinking it might be ovarian cancer.

Appetite suppression has a myriad of causes, including the fear that you might have ovarian cancer!

You then read up about symptoms and discover that appetite suppression is one of them; suddenly, you can’t eat! Anxiety kills appetite.