Told by a Practitioner You Can’t Possibly Be Autistic? 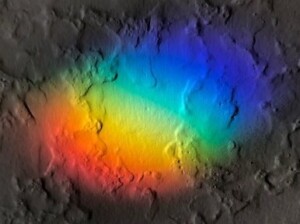 Has a psychologist or other related practitioner told you that you can’t be autistic because (fill in the blank)?

Is it even possible to tell that someone can’t be autistic based on just one trait of that person?

“I nearly didn’t get my diagnosis, as I was told I had signs in all three main areas — but because I made eye contact, it wasn’t typical,” says Marleen Lam, 48, who was diagnosed with ASD at 38.

I myself was diagnosed with autism in middle age in springtime 2022.

Fortunately, my examiner wasn’t old-school. I asked if my good eye contact would influence the assessment. She assured me that it wouldn’t.

I certainly didn’t need poor eye contact to give the responses I did during the testing tasks which indicated Autism Spectrum Disorder.

Traits that Make a Psychologist Think You Can’t Be Autistic

The following is based on my extensive reading up on the experiences of autistic people on content sites and in threads.

• Admitting to having a good friend.

• Admitting to participation in socializing.

• Having a high level of education (which is ironic, since one of the stereotypes of autistic people is that they’re brainy).

• Doing public speaking (another irony, since famed autism self-advocate Temple Grandin gives TED talks, not to mention the many other autistic TED speakers).

• Holding down a job that involves daily interaction with people.

• Ability to have a flowing conversation with the examiner.

• Smiling a lot in conversation.

• Admitting to being able to conduct small-talk (another irony for two reasons: #1, the Autist may be masking or faking the small-talk, and #2, what the Autist thinks is small-talk is actually an info dump).

One need not have a PhD in neuroscience or human psychology to know that it’s impossible to rule out autism based on having any of the aforementioned traits.

If autism could actually be ruled out based on the individual admitting to any of these traits, then what would be the purpose of four-hour, in-person assessments?

Told you can’t possibly have autism?

Who told you this? That’s the first question to ask yourself.

However, if that person actually does autism assessments for a living, this doesn’t mean you can’t possibly be autistic just because they singled out one or two “neurotypical traits” about yourself.

Marriage and having friends aren’t just for neurotypicals. Autistic people fall in love, raise kids, drive to work and even make a living doing just about anything including administering ASD assessments!

If a psychologist told you, without having given you an ASD assessment, that there’s no way you could have autism, then seek a second opinion – and not just over the phone or based on initial paperwork. GET THE ASSESSMENT.

• If you have a gut feeling you’re neurodivergent, and it’s something you can’t stop thinking about, it’s perhaps time to schedule an assessment.

• Your family doctor’s opinion that you “can’t possibly be autistic” doesn’t count. This is not their area of expertise.

• Don’t assume you can’t be autistic just because you’ve been self-sufficient since age 20, have friends, make good eye contact, can get jokes, can be sarcastic, don’t mind bright lights or being in a room full of multiple conversations, don’t flap your hands and don’t mind tags in your clothing.