Calling Food “Bad” or “Good” Is NOT Moralization 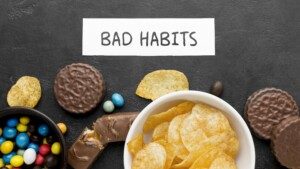 Yes, there is a such thing as “good” and “bad” food. Why wouldn’t ingesting toxins be a bad thing?

It’s not about the moral value of food; it’s about the nutritional value: good nutrition or bad nutrition.

Please, just stop it — the act of lecturing that food can’t be “bad” or “good” – that it’s just food, and that food has no moral value, and that we must stop “moralizing food.”

If I say, “The painter did a bad job,” does this mean that I assigned morality to his job? If I say, “It was a good seating arrangement,” does that mean I moralized chairs?

What’s even more noteworthy is that some body acceptance (body positivity, fat liberation, etc.) influencers believe that the labeling of food as good or bad can cause eating disorders, mental health issues and poor self-esteem.

Yet there is absolutely no evidence of this.

A Twinkie Is Bad 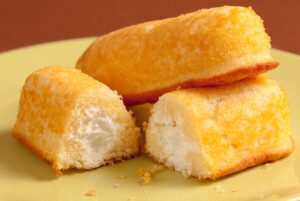 There, I said it. A Twinkie is junk food. It’s bad for the body.

Boy-oh-boy, frozen Twinkies tasted so good when I was a child! I had to have them frozen, not room temperature, not even refrigerated—but frozen. Mmmm!

If my labeling offends an influencer or one of her followers, then they need to question why their mental health is in such a place that something as trite as calling a Twinkie a “bad food” would upset them.

What determines if a food is good or bad?

It depends on whom you ask. Of course, the influencers and their followers will assert that food is neither good nor bad; that it’s just food.

Other people will call a food bad if it gives them heartburn. Some will say a food is bad if it contains toxic substances such as trans fats, high fructose corn syrup or artificial coloring.

Or, the qualification for bad might be calorie count or fat content, regardless of the ingredients. It could also depend on freshness, as in, “Throw out the milk; it’s bad.”

Toxins are bad. If food is full of toxic ingredients, it’s bad. How can anyone deny this?

A food can also be bad if it’s loaded with sodium and contributes to a daily habit of over-consumption of sodium.

Thus, if a patient who wants to prevent high blood pressure or effectively manage their chronic heart failure says, “Food high in sodium is bad,” they are absolutely correct.

The patient with chronic heart failure isn’t moralizing anything. They are stating a fact: That small can of soup, with 1,200 milligrams of sodium, is B-A-D.

Foods that Are “Bad” for You

Some people believe that anything that’s dense in carbohydrates, such as a potato, is bad.

But a boiled Russet potato is actually good for the body, as it contains a strong supply of antioxidants.

Some say red meat is bad, but this needs to be qualified.

But we should all agree that certain ingredients are always toxic. They include:

No, this isn’t assigning morality or “moralizing.” Can we get off that already?

Of course, it depends on what form you eat them. Certainly, breaded cod (conventional bread crumbs contain trans fats) fried in vegetable oil (eeuuww) turns this food into something bad.

Some foods seem neither bad nor good, as far as their effect on the body, such as a bison burger on a Rudy’s whole wheat bun.

A food can also be “good” simply because of its taste. Does a body image influencer think it’s moralizing to say, “There was a lot of good food at the party”?

Do we assign morality to food by saying, “Barney’s Steakhouse has some incredibly good food”?

Bottom line: Food can be bad or good. Deal.