10 Autistic Traits that Are Mistaken for High Intelligence 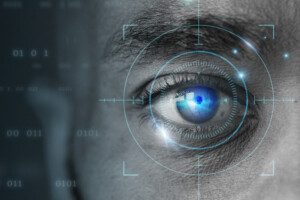 They ARE intelligent, but people have no idea these traits are also driven by autism. This can lead to a delayed autism assessment.

“Mistaken for high intelligence” means that the neurotypical person doesn’t consider autism, but instead, simply sees a smart person whose intelligence makes them a bit different, odd or quirky. Autism doesn’t cross their mind.

The more of these traits that someone has, the more likely they could be on the Spectrum.

This isn’t a diagnostic test for ASD. It’s only a guideline to stir up deeper reflection if you’ve already been wondering if you, a family member or a friend has Autism Spectrum Disorder.

I was clinically diagnosed with ASD in 2022. ASD tends to run in families. I believe my brother is autistic, though he hasn’t been assessed.

He never had friends or any kind of social life. He never does small-talk, hates shaking hands, never dates and can’t express empathy.

He’s been in only one line of work: a chemist in a lab. The whole family has always known he was never social, even with family members except out of necessity or for deep, complex discussions.

On several occasions my mother has stated, “He has the mind of a scientist. He’s brilliant. That’s why he’s not social and keeps to himself.”

An autistic child may present as the stereotypical class brain, like this boy Steve did at my high school.

He was quirky as heck, was socially awkward and had a slightly odd gait. All the kids thought he was this way because of his braininess in chemistry, math and physics. I now think Steve was autistic.

Though a neurotypical will do this, an autistic may be more vigilant and detailed about it: very extensive list-making that includes a lot more than just naming tasks.

Included might be peoples’ phone numbers, peoples’ responses to phone calls, what folder a recent email was placed in, notation of annoying or concerning symptoms, number of times the neighbor’s dog erupted into barking fits, times that certain events occurred, daily weigh-ins and other tracking data.

It seems like the mark of an intelligent mind to make documentation of all sorts of metrics in one’s life.

This may show up in multiple computer documents with specific topics such as “Episodes of Bad Luck,” “Headache Log” and “Incidents with Stupid People.”

I’ve been tracking for many years all sorts of data. This can be mistaken for a highly intelligent, organized mind in a non-autistic person, but the extent to which I’ve been doing this looks like it’s partially driven by my autism.

There’s just SO MUCH tracking and documentation – it goes WAY beyond what a neurotypical would put in a daily diary.

Though an NT might be a diligent data tracker, the autistic will take it up a few notches and have significant documentation of all sorts of nit-gritty details.

A person may be known to over-analyze or be “too analytical.” This bugs a lot of people, but usually, it’s passed off as an annoying trait of an intelligent mind, rather than a mark of autism.

Many autistic people feel a need to analyze. It may satisfy their curiosity to get all the details.

It may also be a way of attaining a sense of security, control or reassurance over a situation.

I’ve been accused of over-analyzing, while at the same time, feeling it was just an intelligent mind doing its job.

Do people tell you that you over-explain things? You may have responded, “Well, that’s just how an intelligent mind works. I want to be thorough and complete.”

An autistic person may often over-explain in an attempt to be understood, due to feeling misunderstood all their life.

Or, the over-explaining could be due to the autistic mind’s propensity towards detail-orientation.

Most people will simply assume that precision in speech or formal speech patterns come from a higher educational level and being smart.

Not every autistic person has encyclopedic knowledge of their favorite topic, but what’s really common is that we know a lot about a lot of things.

Whatever the topic is at hand in a conversation, such as at the workplace or a family gathering, an autistic person might seem to always know a lot about it.

We love to learn. Many things can fascinate us. We’re driven to accumulate knowledge of or indulge in our interests, even if they’re not “hyperfixations” or at an obsessive level. We also retain facts well.

How lions and other land predators live has never been a hyperfixation, but it’s a strong enough interest for me that I’ve amassed a nice chunk of knowledge by watching animal shows on TV over the years.

I know more about sleep apnea than my niece who has a medical degree. In fact, I know a lot more about deep vein thrombosis and many other disorders than she does.

I know so much about medicine that I can fool laypeople into thinking I’m a general practitioner.

Sure, there are NTs who know a lot about a lot of things, but this is far more common among those on the Autism Spectrum.

This is an offshoot of the previous trait, in that the autistic individual will unload a lot of information on a specific topic – sometimes a very circumscribed subject – without considering how uninterested the listener actually might be.

During college one of my special interests was facial deformities. I went off on this with a man I was walking with between classes, even though he had never once indicated an interest in this topic.

I just couldn’t help myself and went on and on. He was polite and listened, occasionally giving affirmations, maybe asking a question or two.

I just HAD to info dump – which included telling Scott that I had illustrated a photo in a medical book of a man’s congenitally malformed face.

To this day, I remember Scott’s precise response: “You DREW him?”After we parted, I realized what I had done, but had no idea at the time that I was autistic. And I’m sure that Scott had no idea, either.

This can come across as a high degree of intellect, since the stereotype of a very smart person is one who’s not over-emotional but rather, too matter-of-fact or stoic.

Lack of emotions is a good thing under certain circumstances that require tactical, quick thinking in unexpected crisis situations.

Too much emotion interferes with cognitive productivity and strategizing when time is of the essence.

Whom would you rather be stuck in a burning elevator with: the guy who’s always the life of the party or someone who acts like Mr. Spock?

#10    Fixation on Numbers or Letters

The stereotypical “obsession” for autistic people is numbers. But a keen interest in letters and spellings can also exist.

All the time in my head I go through the alphabet to see how many words rhyme with a particular word such as “can” or “bane.”

A huge fixation, however, is first names.

Okay, enough of my info dumping; you get the picture!