If You’re Autistic Would You Come Back NT in Your Next Life? 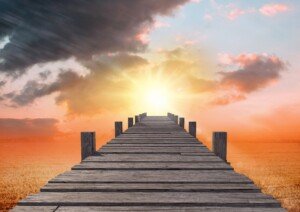 If you’re autistic imagine an angel appears at your deathbed and offers the chance to return in another life but as a neurotypical. Would you go for it?

Since my autism diagnosis in 2022, I’ve occasionally wondered if I’d choose to be neurotypical if I were offered the chance to live another life.

What if for your next life, you could choose what kind of parents to have?

What if you could choose the era? I’m sure that within a hundred years, maybe a lot sooner, Autism Spectrum Disorder will be near-completely accepted, and the world would be so much better suited for neurodiversity.

Reincarnated As a Neurotypical…or Autistic?

Now, when I talk of the idea of being reincarnated as autistic, I mean Level 1, or zero to minimal support needs.

Another way of saying this is mild autism or what was formerly known in the U.S. as Asperger’s syndrome.

In your next life, would you rather come back again as Level 1 autistic or would you like to give neurotypical (NT) a try?

One of the features of autism is the inability to imagine oneself any other way. Thus, it wouldn’t be surprising if a person on the Spectrum would choose to have ASD-1 in their next life. They can’t imagine things any other way.

But maybe the angel could also have them come back far into the distant future where the world is designed for neurodiversity (e.g., loud engines are nonexistent; fluorescent lights and loud music don’t exist in stores and health clubs; seats on airplanes and buses are five feet apart; bowing or waving have replaced shaking hands; all kinds of stimming in public have been socially acceptable for decades; and there are “meltdown caves” every so often in public places.

Oh, one more thing: In this future world, it’s illegal to put tags anywhere on clothes except at the bottom of shirts and bottom of pants.

For some on the Spectrum, giving up their autism could mean giving up a skill that they’re prolific in.

Then again, in the next life, there’s no guarantee you’d have the same skills, whether NT to NT, ASD to ASD or ASD to NT.

But at least with ASD, in the next life you might possess a few new prolific skills. So for instance, perhaps in your current life, you’re a math and computer whiz.

As an Autist in your next life, you’re average with math and computers, but excel at illustration and crime scene investigation.

Wanting to Be Neurotypical

The desire for this in a next life could be steeped in one’s experiences in their former life on the Spectrum.

If they didn’t have much of a support system or were forced to endure long-term social exposure with high expectations, this could drive the desire to come back as an NT.

Another factor behind this drive could be having never achieved work-from-home status.

Many autistic people dream of working from home, but are unable to make this happen.

They end up working around a bunch of people, eight hours a day, five days a week, for 40 years. It’s a hellish existence.

They figure if they come back as an NT, life might be much smoother, and the 40-hour workweek would be a source of satisfaction, even enjoyment, rather than a nightmare.

They would want to experience the loads of fun and laughter among groups of people that they were never able to attain in their previous life.

They could, finally, feel as though they fit in. They wouldn’t have to put any effort into “passing.”

The presentation of “normal” would come subconsciously and intuitively, rather than something that must be thought out on a conscious level and be mechanical in nature.

But what if that angel can’t guarantee what time period you’d be reincarnated? What if you choose to come back as an NT — but are sent to a time period where 90% of the population is autistic?

You’ll be in deep-shit trouble. You’ll be considered socially and maybe even cognitively crippled. Weird. Strange.

You’d be such an oddball because you hardly ever stim and tend to do this thing called small-talk.

People would wonder about your mental faculties because you often say things you don’t mean.

You like to go to those creepy crowded nightclubs for NTs where music blasts and people stand and sit close together packed like sardines shouting to be heard over the music.

You’ll be the outcast whom people want to avoid; the person who is forever struggling to fit in.

Your next life: NT or ASD?