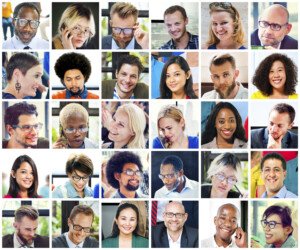 Should majority mean normal? What if 98% of people were autistic?

Would the neurotypicals be the “disabled” ones, struggling to fit in, hiding NT traits?

What in incredible thought experiment: A world dominated by the autistic brain.

Imagine that the percentages were flipped, which would mean that instead of 2.2% of American adults having diagnosed ASD, it’s 98%.

You might be thinking that the inclusion of people with Level 3 ASD in that 98% would create some hefty challenges on a mass scale.

Even the men and women with mild ASD (including those with zero support needs) are often considered “not normal” by neurotypical people. NTs have been known to label those, who are high on the Spectrum, as weird, strange, odd, quirky, rude, blunt, too serious, too analytical and socially awkward.

Think Seven of Nine from “Star Trek: Voyager.” She exhibited several classic autistic characteristics including lacking insight into what was the “right” way to work with people.

But is this perceived abnormality more of a function of incidence in the population rather than from something intrinsic about autism?

In fact, autists often discuss in online communities just how strange, weird and illogical the behaviors of NTs actually are. For instance:

Let’s suppose that in the very distant future…when the ratios are flipped, NTs go by the names PNS (people-needy syndrome) and STS (small-talk syndrome).

#1 … Preoccupation with social status. This can manifest in numerous ways such as spending money they don’t have on things they don’t need to impress people they don’t even like: a social status syndrome that would be recognized as a highly abnormal behavior.

#2 … Jockeying for various positions in social packs such as the “queen bee,” “team leader” or gang leader, then getting roused to anger when someone from another social group “steps on their turf.”

#3 … Difficulty with deep and prolonged concentration on complex tasks.

#5 … Laughing when asked a serious question; laughing or smiling while discussing serious topics.

#6 … Oddball behaviors such as teasing or “joking with” people they barely know, showing offense when someone doesn’t get their jokes, asking people at various gatherings why they’re “so quiet,” and telling strangers they should smile.

#7 … Difficulty reading introversive cues such as not wanting to be greeted, hugged, touched or shaken hands with.

#8 … Peculiar thought processes such as associating manhood with deafening loud vehicular engines or associating a woman’s confidence with how much skin she bares at a beach or on Instagram.

#9 … Peculiar and sometimes dangerous behaviors such as standing at the edge of cliffs for selfies, crowds stampeding through retail store doors for sales, texting while driving and having explosions at gender reveal parties.

#10 … Being ruled by emotions and feelings rather than by logic and facts — a “feelings over facts” mentality.

#11 … Easily swayed by others’ opinions even when steeped in emotions rather than facts or science; prone to mob and herd mentality. Highly susceptible to following the crowd and jumping on bandwagons.

#12 … Idolizing people who are famous for being famous; worshipping people because they can throw a ball into a basket or into someone’s hands; screaming at people singing on stage and wanting to touch them.

#13 … Backstabbing and gossiping at the workplace.

A World Where Neurotypicals Struggle to Assimilate

Somewhere in the universe may exist a planet for which traits of autism were a big survival advantage over neurotypical traits during their humanoid evolution.

That species evolved to be predominantly mildly autistic, while only 5% of their population is neurotypical.

On that planet of highly intelligent, industrialized beings who look just like us, the neurotypicals are considered different, odd, strange and eccentric – even disabled in some cases – and have great difficulty fitting in.

Of course, they don’t go by the name neurotypical. This species has some other name for them that, in English, might translate to “the anomalies.”

The anomalies, or anoms for short, engage in masking to avoid detection of their condition.

For instance, it requires for them a conscious, ongoing concentration to maintain a neutral facial expression or “resting bitch face” when with other people.

It’s a real effort to keep that foot or leg rhythmically moving while seated to mimic stimming.

As part of their masking, the anoms force themselves to speak softly into their cellphone or Bluetooth when in public and at the gym.

They mimic more monotone and formal patterns of speech and hope they sound natural.

They try not to be seen in public hugging their anom friends. They find it nearly impossible to use sustained eye contact only for times it’s necessary.

By the time they get home, they’re utterly exhausted. The hypersocial burnout is kicking in hard.

What IS normal? What is NOT? It’s all relative.

It’s been said that autism is nature’s way of offsetting the excessive number of boring people in the world.

Autism Spectrum is not a processing error; it’s an alternative operating system.

We have to wonder how much of humanity’s groundbreaking inventions, technological and medical achievements, discoveries, art and music would never have occurred if autism never existed.