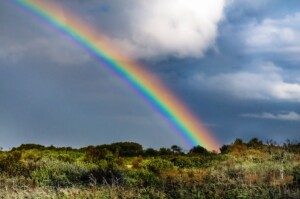 “Autism influences my life in so many positive ways.” – Ben Levin, prolific book author and writer

I started writing when I was 10 years old, but I have always loved making up stories.

What got me into actually writing was my mother, who kept mistaking one of my stories as a “book.”

So, I thought, “Why not turn it into a book?” And I did! As it turned out, writing was something I really enjoyed and was considerably good at. I decided I wanted to keep writing.

I don’t much focus on young adult novels, though my first professionally published book is in fact a young adult (YA) novel.

But I much prefer writing children’s and middle grade books, with a few YA books.

The topic I picked for In The Hole, homelessness, was more appropriate for young adult readers, and that is why I chose to write In The Hole for a YA audience.

But what I really want to share with you is something much more personal.

What I want to tell you is that for over three years, I kept a major part of my identity a secret from at least half of everyone I knew: I’m autistic.

My main reason for keeping my autism a secret was that I thought I’d “recovered” from autism.

I did a program called The Son-Rise Program® in elementary school, where different adults spent time with me in an effort to inspire me to want to connect with them.

The Program was successful in many ways. It gave me more social skills and significantly lowered my needs. I thought that because of it, I was no longer autistic.

But in eighth grade, an incident occurred that made me afraid to talk about my “recovery.”

A friend asked me about my lunch, and I replied that I had a special diet because “I used to be autistic, though I’ve recovered.”

In response, another friend sitting with us exclaimed, “You can’t recover from autism!” I insisted that one could, and told him about The Son-Rise Program®.

The second friend then told me about his autistic brother and about his mother, who had several PhDs and worked with autistic people.

I replied that my mother had written a book about my journey and that the book could show him that recovery was possible.

“The book may convince the rest of my family but it’s not going to convince my mom and she’s really smart,” he replied.

I was very shaken by this conversation because while I had been aware that most people didn’t believe you could recover from autism, I’d never had someone say it right to my face.

(I’d also just transferred from a Waldorf School where people were very open-minded.)

After the argument, I decided to keep my recovery a secret because I didn’t want anyone thinking that I was a crazy liar.

Deep down, the other reason I kept my recovery hidden was because I felt like autism made me a lesser being, and I wanted to remove being autistic from my identity.

As I’d just switched schools, not having my new friends know my secret felt redeeming.

But last year [2021], in my junior year of high school, I began to understand that redemption does not mean denying who you are.

After going through a hard time, I realized my secret was holding me back and preventing me from developing tight friendships.

Five months later, after a conversation with a close relative who saw me as still autistic, I spent an intense weekend trying to figure out what having autism truly meant.

At the end, along with my family, I started to accept that autism really is lifelong — and that I still have it.

It was hard on me to come to terms with this reality, but once I did, I knew I didn’t want to be ashamed of who I am any longer.

In April 2021, for Autism Awareness Month (or Autism Acceptance Month, as I believe it should be called), I posted on social media letting out my secret, and I was blown away by how many supportive messages I received in response.

Claiming my autism liberated me. Today I want to go further and embrace my autistic identity, show it to the world, and focus on the good things that came with it.

Specifically, autism made me a writer; and, I wouldn’t have bonded with my autistic best friend in the same way had we not had our shared neurodivergence.

I want my success as a writer to show others that autism is a gift, not a curse, and in many ways is enabling, rather than disabling.

For example, when I was young and did The Son-Rise Program® to learn to connect, I bonded with my homeschool teachers through storytelling — which reinforced my passion for stories.

Also, I am good at coming up with different storylines and hanging onto them, which I believe is because of my autism.

Finally, I have an ability to just concentrate and tune everything else out, which is largely because of my autism, especially with creative things.

When I was little, I used to spend hours doing creative activities such as building train sets, drawing mazes, and coming up with stories involving my plastic animals.

This concentration and commitment have helped me hang onto my passion for my writing, especially when I’m really in the moment.

I spent years hiding who I was, but today I am proud of who I am. Autism influences my life in so many positive ways.

For example, as a result of being autistic I have done a lot of work on myself that has made me very self-aware.

Specifically, I am very good at knowing when I cannot handle something and asking to leave an event early or go to my room, even if I’m in the middle of a conversation.

As described above, autism has clearly helped make me good at writing.

My brother says that everyone on the Spectrum has a superpower and that mine is my writing.

I am also very good at sticking with things that matter to me, and also at getting things done. Both of these skills result from my autism.

Another special thing that came from being autistic is the bonds I have made with other people on the Spectrum.

For example, I have one friend who is autistic and who has been one of my best friends since sixth grade.

We have a lot in common, from our love of the Beatles to the fact we both love sports — even though neither of us takes them seriously.

We have a lot of fun together going on walks, doing puzzles and exploring nature. He also made me a better and less self-centered person.

One of my other best friends is another autistic author whom I met just last year.

We love reading our work together and talking about our life experiences, and we’re even working together to lift up other autistic people.

We even formed a club to help special-needs kids explore what they are good at, called the PH Special Talents Club!

Today, because of everything I’ve gone through and the fact that I feel integrated as a human being because I’m no longer judging or denying who I am, I want to inspire others struggling with shame to learn to embrace themselves the way I did.

I just want to keep writing more stories and publishing my stuff to bring both joy and awareness to my readers.

I also want to exemplify the power of dreams and how dreams really do come true; specifically, I want the fact that my dream came true, to inspire others to follow their own dreams.

Warrior Against the Stigma of Autism

Most of all, I want to fight all the negative stigma around autism, and I want to help every other autistic person to understand that we should not hide or be ashamed of our different brains.

We need to be proud of who we are. I have a shirt with the autism symbol (rainbow infinity) as well as the words “I’m Autistic and I’m Proud” on it, and I would love to eventually sell shirts with that brand.

I also dream of helping to change Autism Awareness Month to Autism Acceptance Month, as well as helping to drive hate groups out of business.

I really want to help everyone on the Spectrum know they are as capable of leading a full life as anyone. That is my mission.

Ben Levin, Author, “In The Hole”

Ben Levin, an autistic teenager (born 2003), states, “Stories constantly pop into my mind like magic and I feel a need to share them with other kids.”

He’s author of the multiple-book series for grammar school readers, “Nellie’s Friends,” plus “Ollie and The Race.”

His breakout novel, “In The Hole” (Jumpmaster Press, Fall 2021) gives inspiration and hope to young adults and their families facing homelessness.

Proud to be autistic, Ben wants people to know that ASD is not a setback but a gift, and that anyone on the Spectrum can make their dreams come true.

Ben currently resides in New Jersey with his parents, brother Jake and two dogs. He enjoys reading, playing sports, hanging out with friends and listening to the Beatles.

Connect with Ben at