What Is Esophageal Cancer Often Misdiagnosed As? 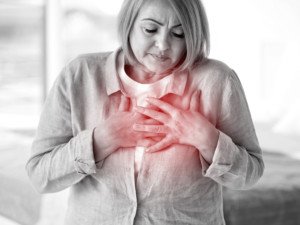 Esophageal cancer can be misdiagnosed especially in women.

And why don’t more doctors promptly order an upper endoscopy when the patient reports suspicious symptoms?

The five year survival rate for esophageal cancer – according to the National Cancer Institute – is about 20%.

It’s considered to be one of the deadliest cancers.

Though by the time a patient begins experiencing symptoms, the disease has usually spread, there’s also the issue of patients delaying seeing a doctor upon the onset of symptoms.

Sometimes they wait to see if the symptoms clear up, and may even try to self-treat with over-the-counter heartburn or other digestive health drugs.

However, there’s another alarming aspect to esophageal cancer: misdiagnosis.

“My experience is that there is less an issue of misdiagnosis than of failing to make a diagnosis in the first place — an issue of a delayed diagnosis,” says Alex Little, MD, a thoracic surgeon with a special interest in esophageal and lung cancer, and clinical professor at the University of Arizona.

”I don’t think either is frequent, but early in my practice the occasional patient — typically an older woman — would recount her physician not taking seriously her complaint of food ‘sticking,’ and offer only reassurance.

“An evaluation would only take place when the dysphagia [trouble getting food down] worsened and could no longer be ignored.

“A misdiagnosis, though, is possible. Many of today’s patients have a history of, and may even be treated for, GERD [gastroesophageal reflux disease].

“It is likely that mild dysphagia could be mistaken for a complication of reflux.

“This scenario just illustrates the insight that difficulty swallowing is never normal and should be investigated either with an UGI X-ray [upper GI tract] or EGD or both.

“There is now sufficient appreciation of this increasingly more common malignancy that patients — especially in the absence of a history of GERD — with even mild dysphagia are more likely to be referred for at least an UGI X-ray when they see a physician.

“The safe but more invasive EGD will follow if the X-ray is abnormal or may be the initial study.

“From all this the only possible conclusion to explain why physicians sometimes fail to obtain an UGI or an EGD when they see patients with dysphagia is that they don’t take the symptom and the patient seriously.”

This is most likely to occur in young women.

In fact, perhaps of all demographics, young women are most likely to have their esophageal cancer misdiagnosed – and the misdiagnosis would include anxiety or stress.

The following conditions are on the misdiagnosis list for esophageal cancer.

Obesity makes this list because it’s possible that a physician may ascribe the sensation of food getting stuck in the chest to excess weight and, rather than investigate further with UGI or EGD, simply advise the patient to lose weight.