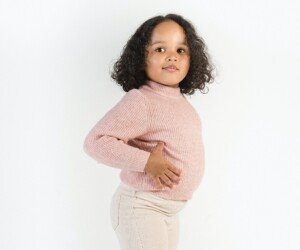 There’s outrage from fat-acceptance influencers and their followers when little girls start worrying about “getting fat.”

They believe childhood obesity is nothing to worry about.

They claim that if kids are put on diets or otherwise told they need to lose weight, that this could damage their self-esteem, create lifelong issues with body image and maybe cause anorexia nervosa.

“I think the pediatrics community is worried about ‘shaming’ children for any health issue,” says Robert Saul, MD, a board certified pediatrician for 40+ years and Professor of Pediatrics at Prisma Health Children’s Hospital and the University of South Carolina School of Medicine.

“But we do not ignore childhood obesity or accept it without trying to work with the child and family,” continues Dr. Saul.

“There are so many determinants of childhood obesity (diet, exercise, emotional wellbeing, general health status, genetics, socioeconomic) that any attempt by the primary care doctor to deal with it should try to understand those issues.” 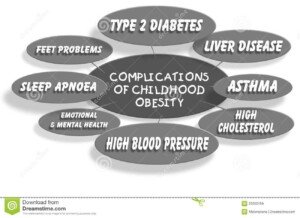 If you learned your young daughter was sneaking liquor from the liquor cabinet or smoking cigarettes, you wouldn’t turn a blind eye out of fear of “shaming” your child.

Likewise, if your little girl is overweight and especially obese (as determined by BMI; your pediatrician can calculate this), this should not be swept under the rug.

Addressing the health situation of overweight does not need to come with the so-called shaming, or any kind of humiliation, criticism, nagging, scolding, punishment or other parental responses that are harmful to self-esteem and confidence.

If a little girl goes on an anti-smoking or anti-drug crusade, parents usually applaud this.

My nephew, when he was kindergarten age, always made sure that the adults around him wore their seatbelts. His parents had no idea where this insight came from in someone so young.

But these examples show that young children can be aware enough to know what’s dangerous.

Becoming aware that obesity is dangerous isn’t any different.

If a young girl insists that everyone wear their seatbelt, warns her aunt to stop smoking, announces that she’ll never drink, and … wants to control her food portions to avoid “getting fat,” this all falls under the same umbrella. It’s called health-consciousness.

Of course, any awareness campaign by an individual can be taken to an extreme, but this doesn’t mean that being reasonable about diet, exercise and weight control is always a harmful thing to a child.

When I was 11, I began to become concerned about “getting fat.” Yes, getting fat is a bad thing.

It’s as bad as getting a smoking habit. It’s something that should be avoided at all costs.

The reason for my concern was because I was eating way too much food, which was easy to do in a house of eight people.

So I made efforts to control this rather than submit to what today is known as “food freedom.”

As a result, I never got fat. But I also never developed anorexia nervosa or bulimia, either.

If I had NEVER worried about getting fat – if my mother had said it was okay to overeat, to binge, and if she had bought all the food that I wanted – I would’ve become overweight.

I can’t say how overweight, or even if I would’ve become clinically obese.

But certainly, based on common sense, one can reason that my weight as a child and teenager would’ve been a lot higher had my mother  — and myself —  endorsed food freedom.

What the fat-acceptance crowd overlooks is HOW the parent approaches the issue.

Parents can encourage healthy eating, portion control and rules without shaming or making their daughter develop a self-worth problem.

If your child asked you why she should never start smoking, you’d explain the dangers of smoking.

So why dismiss the dangers of overeating and developing obesity?

The parents are the source of the problem by bringing enough food into the house for their child to overeat as well as giving them large amounts of junk food to sedate them.

One woman I knew would set a huge pile of chicken, steak, pork, what-have-you, at the center of the table and encourage her obese son to dig in. There was always enough for thirds and even fourths.

Instead, she should’ve cooked only enough for one portion. 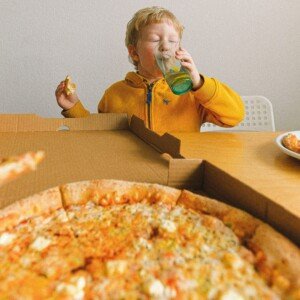 Parents must ask themselves, “How did my child learn that food equals emotional comfort?”

“Why does my daughter prefer to sit around and eat so much unhealthy food while her peers are outdoors being active?”

Ironically, many of these parents take their child to a slew of doctors to find out “what’s wrong.”

Before thinking that anything is wrong with your child’s body, first ask yourself how much food you’re keeping stocked in the house; what kind of food it is; and if your child has unlimited access to all that food.

How many ice cream sandwiches can your young daughter plow through while watching two hours of TV?

Most likely – very most likely – there is absolutely nothing wrong with her body other than its normal, predictable response to an over-abundance of calories.

But down the road, with chronic obesity, there WILL be something wrong with her body: diseases caused by obesity.

Dr. Saul emphasizes the importance of “establishing a trusting relationship with the patient and family” as “a giant step in the right direction.”

Preventing your child from becoming obese has to be a family solution.

For instance, if there is a bounty of junk food in the house, and especially if your daughter keeps witnessing her parents indulging in this food, she’s going to want to have some.

She will consider it very unfair if, while Dad is enjoying a bowl of ice cream, she can’t have any.

If Your Child Is Already Overweight

Rather than take your child to a pediatrician to find out “what’s wrong,” take her, or him, to gain some insights on how to manage the situation.

For example, Dr. Saul would tell parents of his patients not to expect quick weight loss.

“We need to set realistic expectations and meet frequently, in the office or by email or by telehealth.”

Pediatricians can add an extra layer of insight and support to the entire family to help them stick to healthful eating habits.

If a doctor wants to put your child on any drugs to control their weight, be extremely wary of this approach, and in fact, you should abandon this idea and seek out a second opinion – as well as ask yourself the questions cited in this article.

Dr. Saul is the coauthor of “Thinking Developmentally: Nurturing Wellness in Childhood to Promote Lifelong Health,” and author of “Conscious Parenting: Using the Parental Awareness Threshold.” His website is mychildrenschildren.com.