How Long Does It Take Chocolate to Trigger Acid Reflux?

You’re a chocoholic and will never give up this heavenly food to prevent acid reflux.

So maybe you’re wondering how long it takes chocolate to trigger it.

Perhaps you’ve read every list out there of foods that trigger acid reflux in some individuals, or foods that can make pre-existing GERD worse.

To your dismay, you’ve noted that on every single one of these lists is chocolate!

That’s such a raw deal, because what chocoholic can live without their favorite form of this food?

The Time It Takes for Chocolate to Cause Acid Reflux 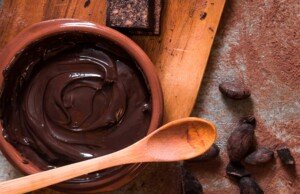 “Chocolate can aggravate GERD due to its effects on reducing the lower esophageal sphincter (LES) pressure,” says Santosh Sanagapalli, MD, a consultant gastroenterologist, endoscopist and specialist in esophageal disorders.

“The LES is a muscle at the bottom of the esophagus that ordinarily stays closed to prevent stomach contents from rising back up into the esophagus (refluxing).

“If the pressure of the LES is reduced for any reason, it can make it easier for reflux to occur.

“Previous medical studies have shown that following ingestion of chocolate, there is an almost immediate reduction in the LES pressure.

“This pressure reduction is sustained for at least an hour after consumption of the chocolate.

“Reflux will not necessarily be triggered as soon as the LES pressure drops.”

Factors Influencing Whether or Not Chocolate Can Trigger Acid Reflux 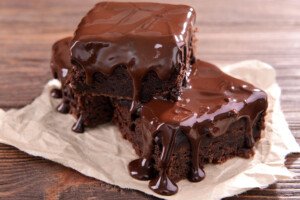 “And the likelihood of reflux occurring is also dependent on other factors such as the patient’s body position, how full the stomach is and whether there are other reflux-inducing factors present,” says Dr. Sanagapalli.

“Therefore, an episode of acid reflux may be triggered as soon as a couple of minutes after ingestion, up to an hour or more following, or in some cases may not be triggered at all.”

One thing you don’t want to do if you have GERD and have just eaten chocolate is to lie down, as this eliminates gravity’s effect of keeping acid from rising upward.

Do not eat chocolate close to bedtime, either.

Another important factor that can lead to acid reflux in the presence of chocolate is excess abdominal fat.

Excess belly fat will put pressure on the stomach which can weaken the LES, causing acid to shoot up into the esophagus.

Even a recent weight gain of just five pounds in a person whose weight is considered normal by his or her doctor can experience new-onset acid reflux – particularly in the presence of triggers such as chocolate, citrus fruits, spicy foods, mints, raw onions, caffeine and alcohol.