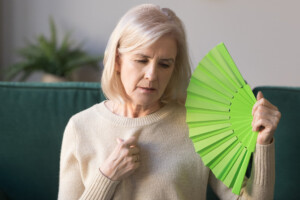 Some women have hot flashes years after menopause, but are there factors that influence this? And which ones can you control?

Are you suffering from hot flashes even though you’ve completed menopause years ago?

A study investigated over 10,000 postmenopausal women between age 54 and 65. The mean age in the study was 59.

Several factors were suspected as being associated with hot flashes years after menopause.

The women were given a questionnaire that included questions about medical history.

A follow-up questionnaire was given three and a half years after, which asked about lifestyle, skirt size when they were age 20 and current size, and if they were currently taking hormone therapy.

Most (89.6 percent) reported having hot flashes at some time.

However, 54 percent reported currently experiencing the symptoms, which range in severity, duration and frequency from one woman to the next. Age was not related to the prevalence.

It was determined that the following had predictive status of ever having hot flashes or night sweats:

As for hot flashes or night sweats long after menopause, the following had predictive value:

“Anxiety is linked to depression, which makes the risk of an anxiety-provoked hot flash higher in women in the menopause.”

Anxiety and depression can develop for many reasons, including from the acknowledgement that one is getting older or approaching a 60th birthday. 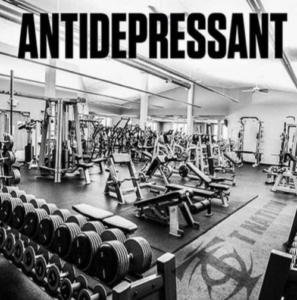 It can be triggered by suddenly noticing deep lines or sags in the face, or realizing that climbing a flight of stairs isn’t as easy as it used to be.

These emotions can trigger hot flashes in some women.

The study (BJOG: An International Journal of Obstetrics & Gynaecology, 2011), showed that the average timeline for hot flashes was 10 years after menopause.

The bottom line is that women can still experience hot flashes years after completing menopause.