Are you middle aged, worried about heart disease and wondering if it’s too late to begin exercising to help protect your heart?

If you’re of middle age and have always been sedentary, it is nowhere near too late for an exercise program to help prevent, or slow down the progression of, heart disease.

This is the conclusion of a study from Heidelberg University.

Though the study conclusion was that the study subjects who’d exercised all their lives were 60 percent less prone to heart disease, the report also states that individuals who started an exercise program in middle age cut their heart disease risk by 55 percent.

If you’re 50, get going. Start working out. The study says that a “more active physical activity pattern” is definitely associated with a lower risk of heart disease.

I can’t begin to tell you how many times I’ve noticed an “elderly” (face appearing over 65) individual at the gym with a remarkable physique and physical abilities — who then tells me he or she didn’t begin working out until they were over 50! 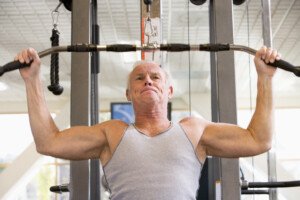 And yes, they WERE over 65! So don’t ever assume that once you hit 50, taking up exercise is pointless.

Perhaps you know someone over 65 who began developing cardiac symptoms, and was subsequently diagnosed with coronary artery disease severe enough to require surgery.

Suppose that individual was never into exercise. Now imagine going back in time when that person was middle aged, perhaps 52, and they began an exercise program of both aerobic activity and strength training. 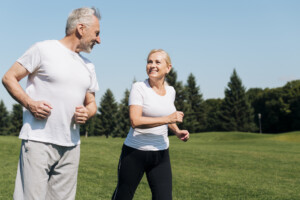 Now fast forward 15 years. Can you imagine that they’d have the same level of heart disease?

Exercise is a powerful weapon against heart disease. 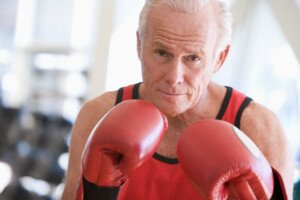 #1) Embrace the concept of doing two forms of exercise: cardio and strength training, even if you’re “weak.”

There is no such thing as being “too weak” to lift weights or do aerobic activity. Start with a pair of three-pound dumbbells or a tension band. Start with a brisk walk down the street.

And there is no such thing as being “too fat” or “clumsy” to exercise. 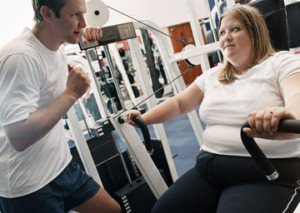 #3) Start out slowly and lightly. Do not rush. You have plenty of time.

#4) If a personal trainer approaches you in the gym and points out that you’re doing something incorrectly, then listen, apply the new information and be grateful someone caught your mistake.

#5) Write out major goals and break them into small goals. Of course, one of your major goals will be to fight or prevent heart disease.