5 Things that Are Wrong with Joyful Movement As Exercise 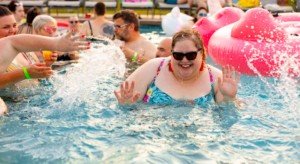 Joyful Movement has caught on – a pal to the intuitive eating approach – but there are five problems with this excuse to avoid hard effective work.

Before I explain what’s wrong with the joyful movement philosophy, I want to point out that I fully endorse the goal of moving as much as possible throughout the day.

I’ve written quite a few articles on how harmful excessive sitting is and how to reduce daily sitting time – namely with a treadmill desk. I’ve also covered ideas for movement on one’s feet while watching TV. So I’m definitely pro-movement. However…

Joyful movement has been described as an exercise approach that focuses on ways of moving one’s body that bring on joy rather than discomfort, soreness or sweat.

It’s usually not scheduled and typically is done spontaneously, though an advocate may know in advance when some joyful movement is coming – such as adding dance moves to her planned vacuuming later that day.

#1   Promoted As a Replacement for Traditional Exercise

The promotion of joyful movement becomes a problem when it’s pushed as a replacement for conventional aerobic and strength training. 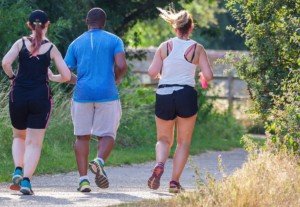 There just is no substitute for the scientifically proven benefits of cardiovascular and resistance workouts. Joyful movement should be approached as a separate issue from, rather than as a substitute for, traditional exercise.

#2   Erroneously Assumes Traditional Exercise Is a Form of Punishment

Most people who work out do NOT do it to punish themselves!

After a kickass workout, people typically report how great they feel or how mellowed-out or de-stressed they feel. How is this punishment?

People will hit the gym hard after a nerve-racking day on the job – to unwind and recharge.

Slugging at a heavy bag in a cardio kickboxing class, pouring sweat in a boot camp class or killing it with heavy barbells and dumbbells are all ways to smoke the frazzle out of a stressed body and mind.

Again … HOW is this punishment?

The joyful movement philosophy is binary in that its followers view exercise as either something done for pleasure or for punishment.

Any serious workout enthusiast will assert that exercise is very rewarding – the antithesis of punishment.

Few lean people exercise ONLY to burn calories. They’re already lean and have a different set of goals.

Every gym has a few resident anorexics, but the hard rule of thumb is that non-overweight women rarely fixate on calorie burn during their outdoor runs, step aerobics classes or Body Pump classes.

In fact, it’s wrong to assume that even most overweight women obsess about calories burned.

The joyful movement approach overlooks other major reasons women of any size do traditional exercise:

When I was a personal trainer I always instructed my clients to tell me if a joint was ever hurting during an exercise. I don’t believe in working through joint pain.

However, joint pain is NOT the same as muscle discomfort!

If you don’t train your body to adapt to hardcore exercise…your body will not learn to be efficient at repair or recovery from trauma – such as from an accident or surgery.

In 1993 Pope John Paul II came to Colorado for World Youth Day. Many young adults and teens either fainted in the heat or got ill from it. Their bodies weren’t used to being uncomfortable.

Sweaty hot gym workouts, surely, would have toughened up their bodies and allowed them to effortlessly tolerate the heat.

Consistent challenging strength workouts — or the absence of — will determine what you do the day after rearranging the furniture:

I expected my overweight female clients to work HARD. I refused to enable them. I chose to empower them. 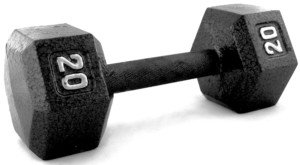 I’d say, “If you can exit your comfort zone during exercise, it’ll be THAT much easier for you to leave your comfort zone in other aspects of your life, such as finally working up the courage to ask your boss for a raise.”

Joyful movement is not empowering because it encourages women to stay in their comfort zone.

Leaving the comfort zone during a workout has serious crossover to everyday life. Imagine what leaving that comfort zone could do for a woman who’s afraid to end a toxic relationship.

She’s been busting her ass at the gym, while staying with a man who’s constantly criticizing her about her weight (and other things).

Eventually she’s deadlifting 185 pounds and bench pressing 125. She can also run a mile in under 12 minutes and get through a boot camp class that, a few months ago, was impossible even for 20 minutes.

Feeling quite capable and empowered, she finally tells the louse it’s over. Limiting her exercise to only joyful movement would not have galvanized her nearly as much.

Success in life requires the ability to embrace leaving one’s comfort zones. This can begin in the gym. Or, you can also exercise rigoriously in your home or at a local park.

When the body becomes stronger and more efficient, the mind will soon follow suit!