What Would Make YOUR Teen Get into a Car with a Stranger? 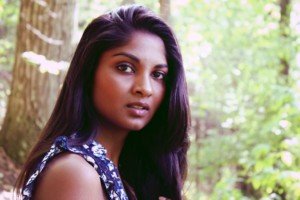 Think your teenager would never get into a car with a stranger? Ever wonder why ANY teen would do this?

It’s inherently dangerous because you have to ask yourself why the super-vast majority of ride-offers are done by MEN – and offered to young women or teen girls!

If these men are harmless, why aren’t they asking other men, or older women, if they want a ride? Hmmm…

First Make Some Assumptions About the Teen

What would compel this teen to get into a 4,000 pound, enclosed chamber with a total stranger?

“Well, let me preface this by saying — because there are many questions about why certain individuals engage in certain behavior or decisions — that I cannot say why people do certain things,” says child/adolescent psychiatrist Dr. Marilyn Benoit, Chief Clinical Officer and SVP of Clinical & Professional Affairs of Devereux.

Devereux is one of the largest not-for-profit behavioral healthcare organizations in the U.S., helping children and adults with emotional, developmental, educational and cognitive disabilities since 1912.

There is no definitive answer, says Dr. Benoit. She first points out that the teenager who gets into a stranger’s vehicle may “need a ride.”

But is this need so dire that a young person is actually willing to sit inside a confined space with someone they don’t even know? Especially if the teen is a girl and the stranger is a man?

This isn’t about teens with exhausted legs and 20-pound backpacks going around asking strangers for rides.

It’s about a teenager being approached out of the blue by a stranger offering a ride – and the young person blindly accepting … even though their destination isn’t far off and there’s no freshly sprained ankle.

“But teens specifically are risk takers, impulsive and not analytical,” explains Dr. Benoit.  “They might not approach this situation as one that may pose a risk to them.”

But there could be a darker explanation.

Dr. Benoit continues: “However, some young people — we see this happen a lot in regard to sexually exploited girls — that they will accept a ride from a stranger in order to flee a traumatic situation at home.

“In cases involving neglect or abuse particularly, a teen seeking attention and meaningful attachment could become a victim of a sexual trafficker.”

That may describe a teenage runaway, desperately seeking transportation. But let’s keep the big question confined to the most ideal situation:

A “friendly” stranger (man) comes along and offers a ride. This teen girl has no idea what he likes to talk about or whether or not his breath reeks or his body odor could scare off an elephant  —  or if he’s a sex offender.

Despite all these conditions and considerations, she gets into his car. Why?

That is the big mystery. This article may not have a conclusive ending, but that’s the whole point.

There is no cookie-cutter explanation for why a teen girl would put herself in such grave danger.

The reality is that MANY of these teens are not alive to answer this question.

Dr. Benoit is past president of the American Academy of Child and Adolescent Psychiatry and has provided Congressional testimony on issues including child abuse, teen pregnancy and youth suicide. She’s board certified in child and adolescent psychiatry.