How to Role Play with Children to Teach Stranger Safety 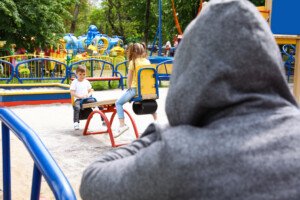 Here’s fantastic advice on how to role play with your kids so they can be as resistant to abduction lures as possible.

The dangers of strangers come in all forms, and this article will explain how to use role playing to instill a powerful resistance in your children against the abduction tricks that predators use.

Keeping your kids safe requires a lot more than telling them like a broken record, “Don’t talk to strangers.”

The National Center for Missing and Exploited Children studied 7,000 attempted abductions that occurred between Feb. 2005 and Jan. 2012. Some results:

–        8 percent of the alleged predators asked for help with a lost puppy or cat.

I use the word “alleged” because the adults did not succeed in (and thus were not convicted of) these particular attempts.

“Role playing is an excellent way to teach children the importance of stranger safety, and how to protect themselves, and how to react when situations make them uncomfortable” says Dr. Marilyn Benoit, Chief Clinical Officer and SVP of Clinical & Professional Affairs of Devereux. Devereux is one of the largest not-for-profit behavioral healthcare organizations in the U.S., helping children and adults with emotional, developmental, educational and cognitive disabilities since 1912. She is a child/adolescent/adult psychiatrist.

However, not all situations that morph into an abduction initially make a victim feel uncomfortable. A lure is what reels them in; the key is to teach kids to recognize when they’re being set up.

In addition to the above abduction ruses, here are more:

Posing as a talent scout

Posing as a new teacher

Offering money to help lift something out of a van

Claiming he knows the child’s parent

Asking “help” for other things (directions, lost child) that adults should not ask children for.

Run through all of these ruses with your kids. There are only so many ruses, though they can have derivatives (informed-older kids will easily spot these, such as a full-grown man offering a 12-year-old money to help him change a flat tire).

“Role playing activities need to be repeated,” says Dr. Benoit.  “You can role play with your children simply by first explaining the concept of strangers, and give them directions on how to resist and protect themselves.”

Select one of the ruses, then have your child pretend you’re the stranger, says Dr. Benoit.

See what kind of script unfolds, based on the premise that 1) you will be persistent in your pretend-role, and 2) your child will never accept. Give your child permission to “yell” at you in your make-believe role.

Use props, such as a bag of candy and a photo of a puppy. Take the role playing outdoors.

Role play in the rain, cold and extreme heat so that your child builds up the resistance to lures of a heated or air-conditioned car or of getting out of the rain.

All of this role playing will imprint upon a child’s brain, making the resistance to the lures of abduction attempts increasingly reflexive and increasingly impenetrable.

Rehearse over and over so that it becomes second-nature for a child with tired legs in the heat to run in the opposite direction when a stranger offers a ride in his air-conditioned car.

“It may be useful to have the child pretend that he or she is the stranger,” adds Dr. Benoit.

This will really get the brain cells exercising  —  and proliferating as new insights are formed.

“Role playing is a great opportunity for children to learn and develop skills,” says Dr. Benoit.

Never assume your kids are too young to benefit from learning how to recognize an abduction attempt or the common ruses.

Do not put this project off, and once you start, keep it ongoing, especially since lures for older kids are different than lure tactics for younger kids.