Why Plus Size Women Should Embrace Their Very Heavy Weight 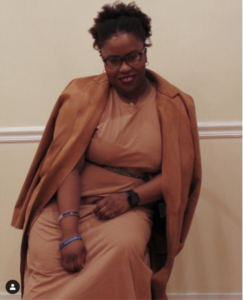 Ogechi Akalegbere embraces the heavy weight she carries … but with a huge twist.

You can actually be a plus size woman who gets a lot of POSITIVE attention for carrying a lot of heavy weight.

How would you like to ENJOY being stared at and talked about because of all the weight you carry?

And no, I don’t mean by posting pictures of yourself wearing a bikini to your social media followers.

I’m talking about REAL LIFE.  Where it counts.

Below is Ogechi again — carrying a lot of weight in the deadlift event — for which she’ll be cheered after she’s done: 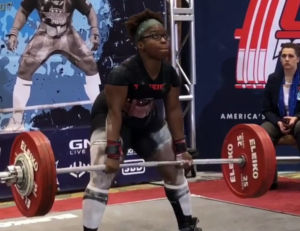 Do You Hate when People Stare at Your Plus Size Weight?

Look, if you’re going to be full figured, overweight, obese – call it what you may – you know there’ll always be that occasional stare that seems to be because of your size.

People are always staring at and talking about people — and this includes thin ones.

So if people are going to be looking at you and talking about you, it may as well be because you’re LIFTING heavy weight.

Ogechi, 31, has been powerlifting for six years — most of those years competitively.

When she’s working out, she knows that people are staring at her — because of her weight — the weight that’s made of metal, not human flesh.

Of course, Ogechi wasn’t hoisting around heavy weights on her first day in the gym.

But with perseverance and embracing the concept of a kickass workout, she learned to literally carry around a lot of weight — that gets other gym-goers noticing.

“I love it,” says Ogechi. “I feel independent and confident. I have to admit that it brings me great joy to watch the shock in the faces of some of the guys in the gym when I’m effortlessly throwing 45 pound plates on the barbell.

“It also makes me feel sad that women hate their bodies and never get to experience the joy that comes from showing off the power their bodies are capable of.”

Powerlifting: Nobody Will Ever Think You’re too Heavy to Compete or Simply Train for Fitness

How about giving the sport of powerlifting a try?

At powerlifting meets, nobody will ever think, “She’s too fat,” or, “A woman that big should stick to bowling.”

As a former personal trainer and lifelong health and fitness enthusiast, I have helped many clients lose body fat.

However, I will be the first to announce that being plus size — even extra plus size — is no reason for avoiding kick-butt strength workouts that can give you power — literally.

Powerlifting – whether you compete or do it only for fitness — will enable you to know what it’s like to embrace hearing and seeing people react to the extra weight you’re moving around at the gym!

The three moves for powerlifting are the squat, deadlift and bench press. 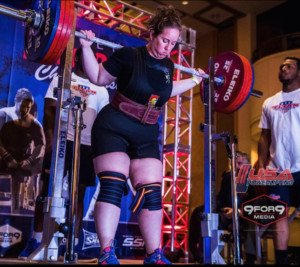 Setting up for the squat

Focusing on these “big three” will strengthen the entire body, including the core, and empower you in a way that no 12 ounce bikini can.

The goal is to ultimately be carrying a LOT of weight!
Then, when people at the gym stare at you, it won’t be because you’re plus size.

It’ll be because you’re moving heavy barbells and dumbbells!

A passionate pursuit of strength training will result in fat loss and a re-composition of your body.

You’ll look like you’ve lost more weight than what the scale says, due to the body re-composition.

A pound of fat takes up much more space than does a pound of muscle.

So while you’ll gain more lean muscle tissue, your overall body appearance will look like you’ve lost some pounds. You’ll have a less squishy, more toned and firmer body. Not to mention the increased energy.

Wearing a bikini in an attempt to embrace your large size is a very limited, superficial and shallow approach – and it sends the message, “ANY body can be a sex object!”

Is this really how you think you can build your confidence and self-love?

But seriously taking up powerlifting, Olympic-style weightlifting, CrossFit or just general strength training means never-ending goals, a perpetual state of evolution and progress, and no message of sexual objectification.

You’ll gain power and confidence that will be with you even in the dead of winter under a coat. Now think about that.

Ogechi Akalegbere has a blog, gechmeifyoucan.com, and a YouTube channel, where she chronicles her training and other passions. Ogechi has a newly launched apparel business, Adaeze Designs: creating clothing that inspires.