How Much Salt or Sodium Daily Will Harm Your Heart? 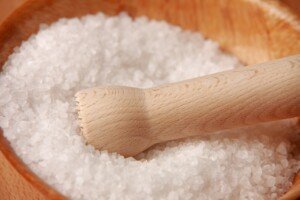 Certainly there has to be a tipping point or threshold after which the amount of salt every day can hurt one’s heart.

And a very low sodium diet has not been shown to cause harm to the heart, so why not err on the side of caution and just go very low?

Because in this day and age, added sodium is ubiquitous in a modern culture’s food supply.

Who can eat rice, barley or lentils, or any kind of soup, without any added salt?

Is there a magic number in terms of how many milligrams a day is the cutoff as far as any amount over that cutoff can prove heart-harmful?

“There isn’t an actual number, per se, for what is considered too much salt,” says Dr. Lowell Steen, MD, Interventional Cardiologist at Loyola University Medical Center, Director of the Interventional Cardiology Fellowship Training Program, and Medical Advisor to 120/Life, a functional beverage with a blend of six natural ingredients that promote normal blood pressure.

Dr. Steen explains, “The kidneys can excrete or get rid of much of the body’s excess salt intake naturally.

“Remember, in the body, water follows salt — thus adding to the volume of blood vessels. This increases blood pressure and can exacerbate congestive heart failure.

“With that, patients who suffer from heart disease and have high blood pressure or heart failure should limit their daily salt intake.”

How Much Salt for People without Heart Disease?

The World Health Organization advises an intake of no more than 2,000 milligrams of sodium a day. This equates to 5,000 mgs of salt a day.

A thousand milligrams = one gram, so another way of looking at this is no greater than two grams of sodium, or five grams of salt, per day.

The American Heart Association recommends a cutoff of 2,500 milligrams of sodium daily, and ideally no greater than 1,500 mgs.

Mente believes that the current guidelines are too tough to follow.

There’s truth to this, depending on where you live.

Added sodium is just everywhere, including foods you’d never think were loaded with salt such as certain condiments and boxed pre-seasoned rice mixes, not to mention sauces and other fare at restaurants.

The paper says there is little evidence that a low sodium diet exerts added benefits to heart health.

So the question is, Is it safe to consume more sodium or salt than what the generally accepted guidelines say?

Mente et al found that high sodium intake led to increased risk of cardiovascular disease – but only in communities for which the average adult intake exceeded 5,000 mgs/day.

But the paper also states, “In communities that consumed less than 5 grams of sodium a day, the opposite was the case. Sodium consumption was inversely associated with myocardial infarction [heart attack] and total mortality, and no increase in stroke.”

This doesn’t mean live on bland foods. But do you really need to salt your baked potato?

• Don’t just dump salt on your foods; measure it out with a teaspoon. You’ll find you don’t need as much as you think for flavoring.

• Replace deli or luncheon meats with the real thing.

• Instead of buying pre-seasoned rice mixes, prepare rice from the ground up, seasoning it yourself. Same with lentils and barley.

• And believe it or not, meat can be quite delicious without shaking salt on it.