How Likely Can a Salty Diet Cause Heart Failure? 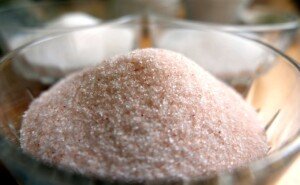 Chronic heart failure is such an ugly disease that you should do everything possible to prevent it including limiting your salt intake.

“High salt intake is associated with a doubled risk of chronic heart failure, says a 12 year study involving over 4,000 people.

Sodium is like “Q” from the “Star Trek” franchises: It’s omnipotent; it’s everywhere – and in amounts and foods you’d least expect. Read nutrition labels for foods and you’ll see.

“High salt intake is one of the major causes of high blood pressure and an independent risk factor for coronary heart disease and stroke,” explained Prof. Pekka Jousilahti at an August 2017 presentation at the European Society of Cardiology Congress.

“The heart does not like salt,” spoke Prof. Jousilahti at the Congress. “This salt-related increase in heart failure risk was independent of blood pressure.”

 Participants who ate more than 13,700 mg of sodium a day had twice the risk of heart failure as those who ate under 6,800 mgs.

 Though 13,700 mg/day sounds unrealistically high, this is fairly easy to achieve if most of your food comes from cans and frozen boxes, not to mention from restaurants.

 If you eat a lot of typical Western food and especially emphasize convenience eating, this, too, sets you up for high daily salt levels: a salty diet indeed.

 The World Health Organization recommends no more than 5,000 mg/day.

 People with chronic heart failure are told to keep their salt intake under 2,000 mg/day.