Fast Whooshing Sound in One Ear from Every Loud Sound: Causes? 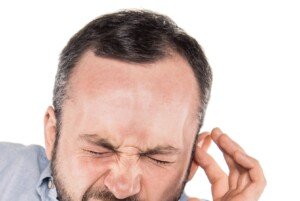 It’s one thing to have a constant “whooshing” sound in one’s ear, but what does it mean when this happens only from exposure to loud noise?

“Most commonly, tinnitus is described as ringing in the ear, but can also sound like roaring, buzzing, hissing, humming and even whooshing,” explains Dr. Liu.

“It is possible that someone’s personal variation of tinnitus is ‘whooshing.’

“Loud noises can cause the stapedial muscle, a tiny muscle that attaches to the ear bones, to flutter.

“This can be sometimes felt as twitching, but may also be heard as a series of rapid clicks, which perhaps could also be described by the patient as a ‘whooshing’ sound. This is not a serious issue, but can certainly be annoying.”

If you’ve read up on the so-called pulsatile tinnitus, then you know that it’s not typically triggered by loud sounds.

Rather, it’s present all the time or most of the time, regardless of noise in the environment. And it can have serious causes.

However, Dr. Liu explains, “If there is pulsatile whooshing (matches heartbeat) that is brought about by noise exposure, then consider superior canal dehiscence,” a rare condition that affects hearing and balance.

“This issue usually causes dizziness with loud noise exposure, but can add a component of sound hypersensitivity called hyperacusis, that can exacerbate a whooshing noise (or any other type of tinnitus).”