Do Heart Attacks Always Cause a Loss of Consciousness? 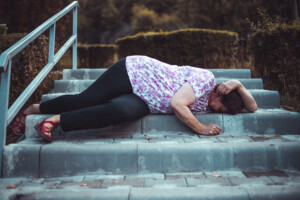 “It is important to understand that heart attacks do not always cause people to lose consciousness,” says Michael Hoosien, MD, MSc, a cardiac electrophysiologist with Piedmont Heart Hospital in Atlanta, GA.

For instance, this is precisely the scenario in the so-called silent heart attack, in which a person doesn’t even know they had a heart attack (myocardial infarction).

It’s mild and may produce a little chest pain and/or sudden shortness of breath.

But these symptoms are short-lived, and if mild in degree, it won’t occur to the patient that they just had a heart attack, especially if they can explain it away by blaming it on stress or indigestion.

Sometimes, a heart attack causes no symptoms, or a symptom such as transient shoulder pain that the person does not connect to the heart. Of course, there is no loss of consciousness in these cases.

The silent heart attack is discovered at some point down the road when an EKG turns up abnormal or an imaging study reveals scar tissue in the heart.

When someone suspects that a heart attack is in progress, and even if there is a delay in medical treatment, there may still be no loss of consciousness despite the severity of the symptoms and length of time preceding intervention.

“In most cases it is not the heart attack, per se, that causes someone to pass out,” says Dr. Hoosien.

“Rather, the heart muscle is prone to very rapid and unstable rhythms when it is not receiving enough blood, and it is the abnormal rhythm that actually causes the individual to lose consciousness.

“It is also important to know that symptoms of a heart attack vary widely from one person to the next.

“They can range from extremely subtle — such as feeling mildly short of breath or nauseated — to very severe — such as crushing, debilitating chest pain.”

In cases in which a person passes out after suffering from a heart attack, sometimes the loss of consciousness is immediate.

The patient may not have even been dramatic, and instead, may have simply taken a few deep breaths, or said, “I don’t feel good,” before losing consciousness.

Dr. Hoosien treats patients with heart arrhythmias and has a special interest in catheter ablation of atrial fibrillation, management of ventricular and supraventricular tachycardia, and cardiac resynchronization therapy.