Can a Man’s Deodorant Cause Breast Cancer in a Woman? 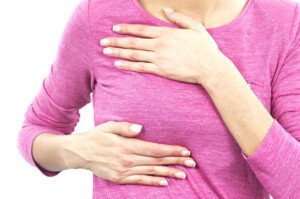 Is there a link between using a man’s deodorant and breast cancer in women?

With all the fear of this and that causing breast cancer, some women are seriously wondering if using a man’s deodorant can lead to cellular mutations that can trigger malignant transformation in breast cells.

Lord only knows where this fear originated, and here is the simple, flat-out answer:

“There is no association between any deodorant and the risk of getting breast cancer,” says Anita Johnson, MD, FACS, a breast surgical oncologist with Cancer Treatment Centers of America in Atlanta.

“The aluminum component in deodorant has not been found to be a causative factor for breast cancer,” adds Dr. Martin.

But what about a MAN’S deodorant?

The ingredients, as far as preventing odor and perspiration, in a man’s deodorant are pretty much the same as in a woman’s. The only real difference is scent and marketing!

Wearing a man’s deodorant, then, causes no more of a risk of breast cancer than does a woman’s deodorant – because deodorant does not cause this disease in the first place.

It’s natural to worry a lot about developing breast cancer. It seems that “every” woman has it.

You probably personally know at least 10 women in the past few years who have been diagnosed.

There are genuine risk factors that you should be very mindful of.

Some of them, like being over age 50, having a family history or having the BRCA gene mutation, are not controllable.

But others are (no particular order):

There is no need to go out in public with stinky armpits because you think that using deodorant raises the risk of breast cancer.

Put it on, be BO-free and dry, eat more fruits and vegetables, cut back on sugar and hit the gym.