Are Heart Palpitations Normal with Fibromyalgia? 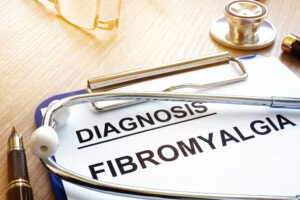 Your fibromyalgia MAY be the cause of your heart palpitations, but not in the way you might be thinking.

Just because fibromyalgia has been known to cause the perception of heart palpitations doesn’t mean that you can’t possibly have a cardiac arrhythmia or some other disorder that’s causing the fluttering or “skipped” heartbeat.

The hallmark features of fibromyalgia are chronic body-wide pain and tenderness. There may also be fatigue and dizziness.

But in fibromyalgia, there is also a dysfunction of the autonomic nervous system (ANS). And the ANS regulates heartbeat.

Many sufferers of fibromyalgia will report that their heart races or pounds after they rise from a seated position.

If all the pulse does is go up, this technically isn’t a palpitation, but rather, merely a sped-up heart rate (tachycardia). Though to the patient, it may be described as “palpitations.”

The tilt table test is very useful in evaluating ANS dysfunction in those with fibromyalgia who report frequent heart palpitations.

It means that the pulse has risen more than 30 beats per minute after more than three minutes standing upright.

This doesn’t mean that the heartbeat has literally skipped or fluttered. It’s a steady rate, though elevated.

If you perceive a skipped, fluttering or irregular heartbeat from time to time, and just happen to have fibromyalgia, here is something to consider:

“Fibromyalgia presents with varied symptoms, and yes, some patients with fibromyalgia report palpitations, possibly due in part to increased awareness of pain, and associated anxiety in some patients,” says Glenn Meininger, MD, Director of Cardiac Electrophysiology Services for the Baltimore region of the MedStar Heart & Vascular Institute.

If you have fibromyalgia, it would still be a smart move to have a cardiologist examine you.

“Palpitations can be benign or less worrisome when they are associated in isolation with anxiety, fatigue, alcohol or caffeine consumption, says Melissa Franckowiak, MD, an anesthesiologist in Lockport, NY.

“They can and do occur as part of fibromyalgia, especially since anxiety and fatigue occur more frequently in fibromyalgia patients than in the general population.

“The most important thing to note is how palpitations change in their symptomatology. Has there been an increase in their occurrence or are they becoming associated with chest pain?

“If there has been a noted increase in frequency, duration of how long they tend to last, or if there has been associated chest pain or shortness of breath with them, especially with exertion, they should be reevaluated.”

And keep in mind that other conditions can cause a jumpy heart such as overactive thyroid, persistent anxiety and high caffeine intake. 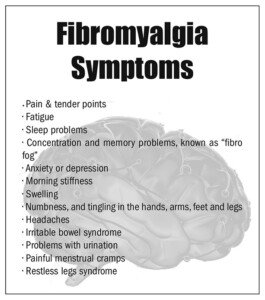 Dr. Franckowiak is the inventor of two patented medical devices and the CEO of Pneumaglide, providing airway solutions to the surgical services and emergency medical services communities. A fiction writer under the name of Melissa Crickard, she is the author of “The Labrador Response” and “Another Five Patients,” available on Amazon.