What Is Temporal Arteritis? 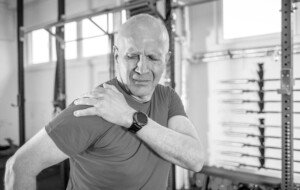 Most cases of temporal arteritis occur in people older than 50, but this doesn’t mean a younger person cannot ever develop this condition.

Typical Symptoms (no particular order)
• Headache
• Jaw pain after chewing
• Facial pain
• Throat pain
• Tongue pain
• Joint pain (shoulder, hips)
• Vision problems (which can become permanent, including blindness, if not treated)
• Scalp tenderness
• Arm pain from exercise
• Fever What Is Temporal Arteritis
• Patients may have many or only a few of these symptoms.

The diagnosis can be challenging due to the uncommon occurrence of GCA and the fact that its symptoms can mimic TMJ disorder and other conditions.

The reason GCA used to be called “temporal arteritis” is because the temporal arteries (which run along the sides of the head in front of the ears) become inflamed.

The term “giant cell” arises from the fact that under a microscope, the cells of inflamed temporal arteries appear pretty big.

The average age of GCA onset is 72, with women being affected two to three times more than are men.

Cases of people under 50 with temporal arteritis or giant cell arteritis have been reported in medical literature.

Giant cell arteritis is an autoimmune disease with an unknown cause. Diagnosis is made by viewing a tissue sample of the temporal artery under a microscope.

Other features that suggest
(though don’t confirm) giant cell arteritis are:

NOTE: In a small number of cases, an afflicted individual’s temporal artery sample will not show inflammation.

However, chances are high that a biopsy of the temporal artery on the other side will be positive.

Treatment what is arterial arteritis
• Oral prednisone daily, 40-60 mg
• Most patients improve quickly.
• If blindness has already occurred prior to treatment, it’s usually permanent.
• Over time in nearly all cases, the prednisone dose can be lowered.
• Most patients will need the medication for one to two years.