What Can Cause Tinnitus to Come and Go ? 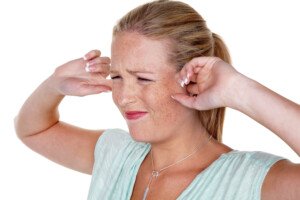 Are you puzzled over why your tinnitus seems to just come and go without any rhyme or reason?

Or is it just your imagination that the “ringing” in your ears is intermittent?

“While tinnitus is often associated with hearing loss, there are approximately 200 health conditions associated with tinnitus, according to the American Tinnitus Association (ATA),” continues Strom.

“Tinnitus may stem from anatomical abnormalities, disease, changes in biochemistry, injury, stress, new medications, and most commonly from inner ear cell damage. Allergies can also be a trigger for tinnitus.

“Tinnitus itself is not an illness, but it is a symptom for other conditions.”

What Makes Tinnitus Come and Go or Be Intermittent?

“Given the above, it can now be understood how intermittent tinnitus occurs,” says Strom.

“Since our bodies are consistently changing and reacting to injury, stress, medication, allergies and other conditions, our perception of the tinnitus can also change.

“Further, the perceived intensity of tinnitus can fluctuate depending on many factors including a patient’s well-being and mental status.

“Stress and mood changes are key factors in the perception and annoyance of tinnitus.”

The fact that a person’s tinnitus may come and go is NOT indicative of the seriousness of it or how serious its root cause is.

What’s more concerning to audiologists and ear/nose/throat doctors is if the tinnitus is sudden in onset and accompanied by new-onset hearing loss, and ESPECIALLY if all of this is happening in only one ear.

The presence of a brain tumor called an acoustic neuroma must be ruled out in these situations.