Can the Tinnitus of Acoustic Neuroma Be Subtle? 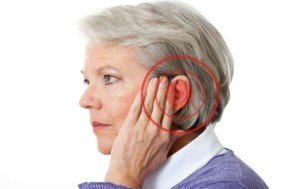 If your tinnitus is barely noticeable and quite subtle, can this rule out the possibility of an acoustic neuroma?

An acoustic neuroma is a brain tumor of benign character, sometimes referred to as a Schwannoma since it’s a proliferation of the Schwann cells in the inner ear.

The cause is not known, and often, these slow growing tumors are discovered by accident via head imaging for an unrelated concern.

Now don’t assume that just because your unilateral tinnitus is very subtle that this means you can’t possibly have an acoustic neuroma.

But the good news is that the vast majority of unilateral tinnitus cases are not caused by an acoustic neuroma.

Degree of Tinnitus Not Indicative of Acoustic Neuroma

“The loudness of the tinnitus is dependent upon the degree of hearing loss and other factors that exacerbate tinnitus,” says Hamid R. Djalilian, MD, Director of Neurotology and Skull Base Surgery, University of California, Irvine, School of Medicine.

“These factors include poor sleep, stress, headaches/migraines, etc. The more an individual concentrates on the ringing the louder it will sound to them.

“So tinnitus in acoustic neuroma can be nonexistent, subtle, loud or very loud.”

In fact, there cases in which an acoustic neuroma was found by chance, via an MRI that was taken for an unrelated condition.

The patient had no symptoms at all but the tumor was discovered: an incidental finding.

In short, if you’re having unilateral tinnitus (and especially with hearing loss), you absolutely need to see your doctor to get the ball rolling as far as figuring out what the cause is.

Though loud tinnitus more easily drives a person to promptly get medical attention, barely noticeable or subtle tinnitus in only one ear is not something to brush off.

The key word here is “unilateral,” and acoustic neuroma needs to be ruled out.