Can an MRI Miss a Stroke? MRI vs. CT Scan for Stroke Detection 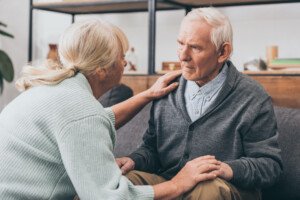 Ever wonder if an MRI, which is often given to those suspected of having a stroke, can actually miss evidence of the stroke?

“When someone is suspected of a stroke, a CT scan or MRI can be ordered of the brain,” says Yvette McQueen, MD, emergency medicine physician and CEO of MedQueen LLC, through which she offers travel medicine, urgent care and nutritional consultations via telemedicine to individuals, executives and travel groups.

“Hemorrhagic – bleeding: A blood vessel has burst due to weakening of the blood vessel wall (aneurysm) or severe hypertension,” continues Dr. McQueen.

“Ischemic – This is when a blood vessel is blocked due to a blood clot that has traveled to the brain (emboli) or increased clot building up in the blood vessel (thrombotic).” This is by far the most common type of stroke.

“Once again, the CT will show immediate bleeding and the MRI shows bleeding along with brain tissue injury.” 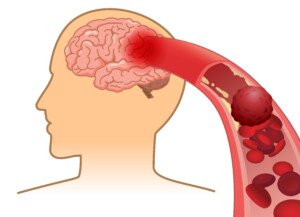 Cause of Stroke Symptoms MRI miss

“The stroke symptoms occur because the brain tissue is no longer getting blood supply for energy and oxygen and dies; therefore, causing the weakness, confusion, paralysis, speech problems, etc.,” explains Dr. McQueen.

“It depends where in the brain the blockage occurs that relates to the symptoms of the stroke; the brain has different centers for each action.”

In the Emergency Room

“When a person is suspected of a stroke, the team calls a ‘stroke alert’ in the hospital that frees up the CT or MRI and notifies the stroke team including the neurologist,” says Dr. McQueen.

“Some cutting-edge hospital centers will take the person to the MRI immediately with symptoms.

“MRI is not always available 24 hours at some hospitals; therefore the CT is the only immediate resource for the ED physician.

“Only with ischemic strokes, we have a four hour window to attempt removing the clot or open the blood vessel to supply the brain with blood; and reverse the symptoms of the stroke.”

“The MRI will show active bleeding of a blood vessel, and a neurosurgeon will be notified.

“A clot or blockage in the vessel, they can be given a clot buster [tPA] or blood thinner to reduce or remove the clot; or if available, a procedure to thread a wire into the blood vessel to remove the clot.”

The brain tissue damage typically does not show up on the MRI until 24 hours after the event and 72 hours on the CT scan.

Therefore, a CT scan will miss an immediate ischemic stroke but reveals a hemorrhagic stroke.”

This is why when patients present to the ER with symptoms suspicious for ischemic stroke, they should first undergo an MRI, since this tool will immediately show whether or not there is a blood blockage in the brain.

On the other hand, some ER physicians will still order the CT scan only.

It yields much faster results, is more patient compliant (no “tube” to be lying inside of) and can easily show a brain bleed. 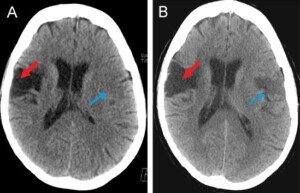 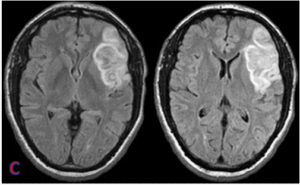 A brain bleed may be the result of head trauma that an elderly person isn’t even aware has happened, such as knocking their head on a car door frame and forgetting about the event.

“The MRI/MRA will show immediate bleeding and blood vessel blockage but not the severity of the brain tissue damage for 24-48 hours,” says Dr. McQueen.

“The percentage of missing a stroke on MRI is low.”

An MRA is an MRI that entails an injected dye into the patient’s arm; the dye lights up on the screen, making viewing of the brain easier.

Dr. McQueen is an emergency physician and “The Travel Doctor.” She is a speaker, author and consultant, provides wilderness emergency care training, and international teaching for the American Heart Association.