Is Pasta Really As Bad As Its Reputation for Fat Gain? 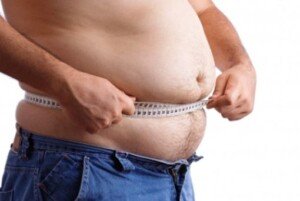 Looks like all the backlash against pasta over the years as a weight gain food has been undeserved.

Now research shows that pasta, which has a low glycemic index, isn’t bad at all for people trying to lose fat.

Foods with a low glycemic index cause a slower rise in blood sugar than do foods that are rated high.

Researchers identified 30 randomized control trials that involved nearly 2,500 pasta eaters—people who did not regularly consume other forms of carbohydrates—as part of a low glycemic diet.

“The study found that pasta didn’t contribute to weight gain or increase in body fat,” says the lead author, Dr. John Sievenpiper, in the paper, which appears in the April 2018 British Medical Journal Open.

“In fact analysis actually showed a small weight loss,” continues the paper. “So contrary to concerns, perhaps pasta can be part of a healthy diet such as a low GI diet.”

Ideally you’ll want the pasta to be fresh-made at home rather than in a microwavable frozen box or tub that’s full of additives — including added sugars!

The study subjects averaged 3.3 pasta servings per week instead of other carb foods, wherein one serving = about half a cup of cooked pasta.

The subjects lost about half a kilogram of weight over an average follow-up of 12 weeks.

Context Must Be Considered

The report points out that the results apply to pasta eaten with other low glycemic foods as a part of a low glycemic diet – rather than heaps and heaps of pasta eaten along with lots of high glycemic carbs or other kinds of diets.

“As a rule of thumb, everything should be eaten in moderation,” says Shana Spence, MS, RDN, CDN, a registered dietitian nutritionist based in New York, who was not involved in the study.

Moderation for pasta would mean a cup or two, depending on the circumstances.

For instance if you killed it at the gym with an intense and heavy weight workout, two cups of pasta (with protein!) would be appropriate.

For a late evening snack, one cup is better.

“There are also so many different types of healthier pasta options available now, it really should not be counted as something negative anymore,” continues Spence.

“There is whole wheat pasta that has more fiber than its white version. There are also protein versions now made with legumes such as chickpeas.

“There is also nothing wrong with eating the original white pasta. Just be mindful of portions especially when you’re eating out at restaurants since they tend to provide double and triple the size.”