How Bad Is the Sitting Disease for the Brain? 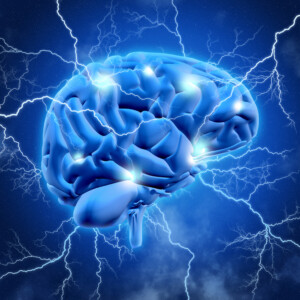 There is just no escaping the harmful effects of sitting on your can many hours day after day.

It has now been discovered that sitting too much is associated with shrinkage of the part of the brain that involves recent memory formation.

UCLA researchers wondered how bad sitting was for brain health, particularly the function of memory.

• 35 participants ages 45 to 75 were asked about their physical activity levels including the average number of hours spent per day sitting over the prior week.

• Each subject had a high resolution MRI of their brain, particularly the medial temporal lobe (MTL), which forms new memories.

• Result: Sedentary behavior is a great predictor of MTL thinning.

• Even when those who sit a lot engage in high level periods of activity (e.g., sit eight hours at work, two hours at home, run on treadmill for an hour), this is not sufficient to prevent MTL thinning.

• In other words, excessive sitting is independently associated with MTL thinning.

Cause and Effect on the Brain

The study makes it clear that it’s about an association between a lot of time in chairs and a thinning of the MTL, rather than the sitting disease actually causing atrophy of this region of the brain.

A limitation of this study was that it looked at only the amount of time spent sitting; there was no data gathered as to whether or not the participants got up on their feet every so often while seated.

More research is planned to see if there’s a cause and effect situation going on.

As for MTL thinning, this can be a forerunner to mental decline.

If you fear what the sitting disease might do to your heart AND brain, you should consider getting a treadmill desk.

Additional Ways to Stave off the Harm of Excessive Sitting

• When seated at a computer, get up every 45 minutes to be on your feet for at least five minutes.

• When talking on the phone do side to side lunges, jogging in place, walking forward and backwards, etc.