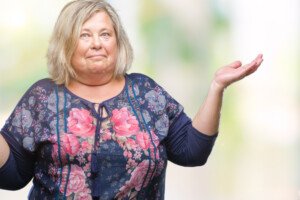 Don’t let the diagnosis of “mild” fool you; untreated though mild obstructive sleep apnea can lead to adverse cardiovascular events in your body.

The difference between mild, moderate and severe obstructive sleep apnea comes down to the average number of disordered-breathing events that occur per hour as determined by a sleep study (polysomnography).

AHI means apnea hypopnea index. Hypopnea is when the airway is partially rather than completely blocked, allowing for continued breathing—but the breathing is forced.

So even five hypopnea events per hour would net a diagnosis of obstructive sleep apnea. Five per hour for eight hours means 40 a night.

Over a year that means 14,600 breaths against resistance.

So certainly, over many years, you can see how untreated mild sleep apnea can be an independent risk factor for cardiovascular events.

But the answer to the question is not that simple and straightforward, says Daniel Rifkin, MD, a sleep medicine expert at the Sleep Medicine Centers of Western New York.

“There are immediate, intermediate and chronic effects of untreated sleep apnea, and duration of disease, age of onset and age at diagnosis all play a significant role in determining cardiovascular risk,” explains Dr. Rifkin.

“Interestingly, the cardiovascular risk might even improve at older ages due to vascular remodeling and other compensatory mechanisms.

“One study in particular revealed that all-cause mortality data from the Sleep Heart Health Study of more than 6,000 participants showed that even mild disease resulted in poorer survival even after accounting for confounding factors.”

Data from the Sleep Heart Health Study shows a linear relationship between blood pressure and the AHI – beginning with the mildest degree of sleep-disordered breathing.

As mentioned, an AHI of five to 15 nets a diagnosis of mild sleep apnea.

So if a sleep study reveals an AHI of below five, this isn’t enough for a diagnosis.

However, the Sleep Heart Health analysis includes an AHI of below 1.5 as a risk factor for high blood pressure.

• Prevalence for high blood pressure for an AHI under 1.5 came out at 43 percent.

• These study results were retained even after body mass index was adjusted for.

What about heart disease, congestive heart failure and stroke?

The SHH Study showed a “modest and significant linear” correlation between the risks of these cardiovascular conditions and quartile of AHI, beginning with the mildest quartile (AHI of 1.4 to 4.4).

So what this means is that the AHI was divided into four groups, starting with the lowest (1.4 to 4.4). Think of each group as one (lowest), two, three and four.

Group one was associated with a certain elevation of cardiovascular risk. Group two was higher, three was higher and four was highest.

Another study (Marin et al) involved 403 subjects with untreated mild to moderate obstructive sleep apnea. They were compared to 264 controls.

The groups were followed for about nine years, revealing a trend towards increased nonfatal and fatal cardiovascular events in the OSA group.

Mild obstructive sleep apnea, when untreated, can lead to atherosclerosis in the carotid arteries. 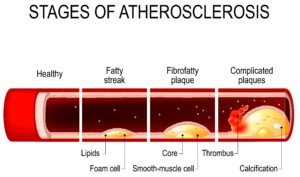 Atherosclerosis refers to the fatty sludge that builds up in arteries.

And this includes the carotid arteries which feed blood to the brain.

If your carotids become blocked with fatty gunk, this increases the chance of bits of it breaking off and traveling to the brain—where it could cause a stroke.

Carotid artery disease is a type of cardiovascular disease and is a marker for coronary artery plaque buildup.

If you’ve been diagnosed with mild sleep apnea, face it: You’re going to need CPAP therapy unless sleep studies prove that positional therapy or a custom mandibular device can bring your AHI down into an acceptable range.

Dr. Rifkin is the CEO of Ognomy, an OSA app that connects physicians with patients remotely, providing testing, diagnosis and treatment from one’s home.

Dr. Rifkin is board certified in both neurology and sleep medicine. He also treats insomnia, RLS and narcolepsy. His site is danielrifkinmd.com.