What Is Mild Sleep Apnea? It’s Not What You Think 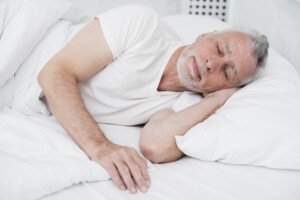 Well, believe it or not, you can be diagnosed with severe sleep apnea despite having mild—or even none whatsoever—daytime symptoms.

And…you can be diagnosed with only mild sleep apnea yet have blazing bad daytime symptoms such as awakening with headaches, struggling to stay awake on the job or while driving, watching TV or reading, and suffering from problems with concentration.

So if all along you’ve been convincing yourself that you have “only mild” sleep apnea because you don’t feel any daytime symptoms – and you have not undergone a sleep study – you’ll want to take your self-assessment to a sleep medicine physician.

• A sleep study reveals an AHI between five and 15.

• The numerical range (e.g., five to 15) refers to number of abnormal breathing events per hour.

The vast majority of diagnosed sleep apneas are of the obstructive type, in which there’s a complete or partial collapse of the upper airway overnight for at least 10 seconds.

“Central” sleep apnea is when the brain fails to send the signal to breathe, even though the airway may be perfectly functioning during this time.

Whether OSA is mild, moderate or severe cannot be determined via observation by a bed partner or someone fully awake standing over the sleeper.

For example, the sleeper’s chest/abdomen may never cease rising and falling, but there could be some hypopneas in there.

If there’s a struggle to breathe (as opposed to cessation), this is caused by a partial airway collapse rather than a complete collapse. This is a hypopnea rather than an apnea.

A witness cannot detect when hypopnea occurs. This is why a sleep study is so important.

The AHI for mild sleep apnea, being five to 15 events per hour, may consist entirely of hypopneas (breathing continues but is labored due to partial airway collapse).

Don’t feel smug if your test result is mostly or even all hypopneas rather than apneas, because a night full of only hypopneas is just as damaging to the body as apneas if untreated.

If you have overnight symptoms suggesting sleep apnea (e.g., snoring, snorting, gasping – including self-aware – and stopped breathing according to a witness), yet NO daytime symptoms and even endless wakeful energy and productivity – do NOT assume you have “only mild” sleep apnea.

Only a sleep study (polysomnography) can determine your AHI.

Degree or frequency of daytime symptoms, or lack thereof, are never indicative of AHI and thus not suggestive of whether or not the suspected OSA is mild.

And by the way, in case you’re wondering, there’s no such disorder called “sleep hypopnea.”

If a sleep study shows that all of your abnormal events are hypopneas, you’d still be diagnosed with “sleep apnea,” whether it’s mild, moderate or severe according to the AHI.