Can Sleep Apnea Be Sporadic Rather than Every Night?

Sleep apnea may not always occur every single night and in fact may be sporadic in some cases.

This can be referred to as intermitted sleep apnea, in which the intermittency is measured in days or weeks rather than hours in a single night.

So for example, suppose a person’s obesity is the prime driver of apneic episodes every night. 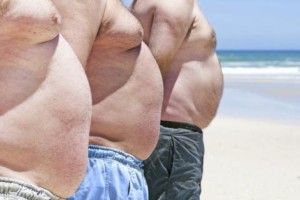 The obesity is always there, every single minute of every night. Hence, if untreated, they experience sleep apnea every night, with likely no hour of absent apnea.

On the other hand, a non-obese individual whose only risk factor for sleep apnea is a naturally small upper airway may be prone to only episodic or intermittent episodes of ceased breathing.

Their small airway is prone to completely collapsing under specific circumstances:

• Lying on one’s back during sleep (supine position), especially if the head is minimally elevated.

• Liquor consumption shortly before bedtime, which can cause the throat structures to over-relax during slumber.

• Food or seasonal allergies (can inflame the airway)

Sleep position, however, would be the leading cause of sporadic apneic events: some nights are good and some nights have ceased breathing episodes.

Sleeping on one’s side is protective against the so-called positional sleep apnea.

A sleep study in a lab and follow-up with a sleep medicine physician will determine what the triggers for the apnea are, and if indeed sleeping on one’s side is effective without CPAP or oral appliance treatment.

The caveat is that sleeping on one’s side for an entire night is difficult due to either eventual discomfort or reverting to a supine position without being aware.

Pillows can be arranged on the bed to prevent subconsciously rolling over to one’s back.

Sporadic sleep apnea is not necessarily asymptomatic. Again, you should have a sleep study and thorough consultation with a sleep medicine doctor.

For example, high blood pressure that does not respond to healthy diet, exercise and medication may be maintained by untreated (albeit intermittent) sleep apnea.

Treatment options other than positional changes and avoidance of triggers such as alcohol close to bedtime do exist other than the CPAP machine.