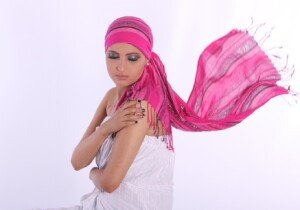 If false positive rates of ultrasound screening cause anxiety & unnecessary biopsies, isn’t this worth the breast cancer it’ll catch that a mammogram misses, even if it’s just a handful of patients?

Ultrasound is frequently recommended after a mammogram reveals a suspicious mass.

An ultrasound can give additional information on a concerning mass that shows up on mammography.

Furthermore, women at high risk for breast cancer are sometimes encouraged to supplement the annual mammogram with a screening ultrasound.

So why isn’t it standard for screening?

“Again, screenings are looking for the first signs of disease in a totally asymptomatic woman,” continues Dr. Citrin.

“The technician is looking at the exact spot that the patient and physician felt the lump, or the screening mammogram showed as a problem area.

“Some centers may use ultrasound more frequently, but it is not a screening tool. Additionally, in most hospital systems, a technician performs the ultrasound, not the physician.

“Ultrasounds are not cost effective, as they take up a lot of time and are very much a real time examination.”

If the millions of women every year who undergo a mammogram were to replace that procedure with a screening ultrasound of their breasts – in a parallel world where screening ultrasounds are the standard … there’d very likely be a medically unacceptable rate of false positives.

What initially happens in such cases is that a suspicious area shows up on the US.

This then causes untold anxiety, sleepless nights and possibly leads to an unnecessary biopsy that turns out negative.

This entire process can drag on for weeks, what with scheduling appointments for repeat (targeted) ultrasounds, the wait-and-see-if-it-grows approach and then finally the biopsy.

This scenario would likely play out many times in a world in which ultrasound screenings for breast cancer are the standard.

And those suspicious-looking but ultimately benign masses that are detected by ultrasound, in many cases, would not have been picked up by a mammogram – thus sparing many women prolonged anxiety.

The false positive rate for mammography is statistically significantly lower than it is for US.

The ultrasound can be too sensitive for the patient’s own good, which is why it’s not a standard screening tool for breast cancer.

US Has Its Place

However, it’s invaluable as a diagnostic undertaking following concerning mammogram results, or for women who have a high risk of breast cancer due to dense breasts, says a study (Berg et al) in a 2015 JNCI: Journal of the National Cancer Institute.

Furthermore, in women under 40 who have palpable breast lumps, ultrasound serves as a very effective diagnostic tool, says a study in American Journal of Roentgenology (2012).

“In women under 40, ultrasound is better at evaluating breast lumps compared to mammography,” says Constance Lehman, MD, in the AJR report.

“Mammography is still our best tool for screening women 40 and older, but targeted ultrasound is our tool of choice in evaluating symptomatic women under 40.”

A study in a 2015 Lancet (Ohuchi et al) acknowledges that previous studies have shown an unacceptably high false positive rate with US.

However, the Ohuchi study—which was carried out in Japan—showed only a small false positive rate that the authors believe could be even further reduced when ultrasound and mammogram results are analyzed together.

Dr. Citrin, board certified in medical oncology with 30+ years’ experience, devotes his practice exclusively to patients with breast cancer. He is the author of “Knowledge is Power: What Every Woman Should Know About Breast Cancer.”