What Happens in the ER When You Hit Your Head Hard: Tests 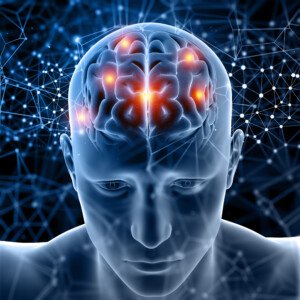 If you go to the ER fully conscious but report having hit your head hard, here’s exactly what to expect.

If you walk into an emergency room, seemingly lucid, and report that you hit your head, the staff will not consider this urgent in the way they’d respond to someone reporting chest pain and difficulty breathing.

This article is about people presenting to the ER after getting hit in the head who:

• Have no open wound requiring treatment

• Have no serious symptoms like vomiting, seizures or slurred speech

On two separate occasions my elderly mother hit her head when she fell. Both times I drove her to the emergency room.

My elderly father fell in the middle of the night and hit his head. He was transported by ambulance because a week prior he’d had knee replacement surgery.

My mother had exhibited no neurological symptoms, while my father had immediately presented with belligerence/irrational thinking, followed by repetitive speech and inability to remember the incident.

Here’s What Happened in the ER

• Taken to room to wait for a nurse. No need for hookup to any cardiac monitor, but your finger will be placed in an oximeter meter to measure body oxygen level.

• Nurse will ask basic questions and then assure you the doctor will be coming in shortly.

By the time my father arrived at the ER, the belligerence and repetitive speech (perseveration) had vanished, but amnesia lingered.

The amnesia mainly was that he couldn’t remember anything about his knee surgery, and the past several days were foggy. Of course he had zero recollection of his fall.

My mother had clear recollection of the movements preceding both falls.

The ordering of a CT head scan for my father was no more urgent than for my mother, but in all three cases, they were promptly ordered.

• Doctor will ask patient what happened and for medical history, medications, past surgeries, etc.

• Doctor will ask about symptoms like headache, weakness, etc.

• Doctor will shine light in the patient’s eyes and ask patient to perform some functions.

• Example: closing their eyes and touching their nose with a finger; identifying number of fingers that doctor is holding up.

The CT scan takes about 15 minutes. Results may take a while, depending on availability of a radiologist and how urgent your case appears (no serious neuro symptoms vs. increasing confusion, seizing).

• Intake
• Questions by nurse and doctor
• Neurological exam
• CT scan of head
• Nurse will be on the lookout for worsening or new neuro symptoms. My father’s amnesia was showing improvement.
• Possible additional tests

My elderly father’s head trauma yielded a goose-egg-size, discolored “bump” on his head, but that did not influence any testing protocols.

A cardiac event was suspected as one possible cause of my father’s fall.

Thus, he underwent a battery of cardiac tests.

So the big question was: What had caused him to pass out?

Well, the doctor considered the possibility of a cardiac event, especially since he’d already been on medication for high blood pressure, heart disease and atrial fibrillation.

The possibility of a cardiac event causing the fall was obvious, so my father was admitted for cardiac related tests including an electrophysiology exam.

An ER physician will also consider the cause of a fall in which someone gets bonked in the head.

Another suspected cause for my father was one of his medications, Lisinopril. Fainting is a well-known side effect.

If you report you slipped on a slick kitchen floor and hit your head, tripped on a pair of shoes, or your child hit his head after falling off his skateboard, these don’t raise suspicion of a cardiac or drug cause of falling.