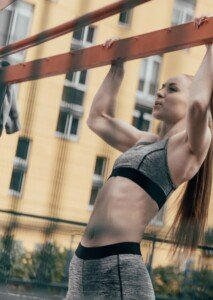 With more height comes more body weight, but this isn’t the reason why pull-ups might seem more difficult for a tall woman.

A tall woman has longer arms, and some say that this longer length creates a greater range of motion for the pull-up.

However, this greater range of motion is in an absolute sense rather than a relative sense. Therefore, it doesn’t matter.

Now if we take the arms of a six foot woman and transplant them onto the arms of a woman who’s only 4-7 in her bare feet, this will give her very long arms – in a RELATIVE sense.

One might say that in this case, these super relatively long arms give this very short woman a big disadvantage in the pull-up.

On the other hand, when you imagine someone of these proportions doing pull-ups, something very intriguing should immediately come to mind: 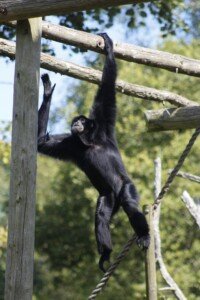 This is the case with chimpanzees and other lower primates. They are very short but have very relatively long arms. They can do pull-ups naturally in their sleep.

Though humans don’t have the proportions that the primate above has, the image should easily illustrate the concept of body drag.

Body Weight, Not Height, in the Pull-Up

Pulling up 180 pounds, even though this woman is lean and may be quite strong with standing pulling exercises, will be far more difficult than pulling up 130 pounds.

Her arm length is certainly not the issue here. It’s her weight. Imagine that 130 pound woman trying to do a pull-up while wearing a 50 pound body suit.

If the 6-2 woman had T-rex arms – very severely T-rex – I’d imagine she’d still find it impossible to do a pull-up, even if the shortened arm length meant a weight reduction.

Because that weight reduction would still leave her pretty heavy for a pull-up.

If any body proportion, in combination with a reasonable overall body weight, has an advantage in pull-ups, it’s one in which the legs are relatively short.

An “all torso, no legs” woman, whether 5-1, 5-4 or 5-10, may find pull-ups easier than will a woman matched for height, fitness and body weight BUT who’s “all legs and short torso.”

This is because the relatively long legs will create more drag. Or so it seems. 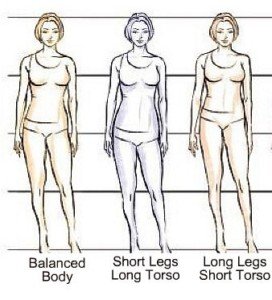 There is no scientific proof of this idea, however, but it sure is an interesting thought.

But I’ve acquired the ability to do pull-up sets more easily than most women – including short women.

My default ability is actually one repetition (which would not be possible, of course, if my body were not in a trained state to begin with).

So there is obviously more to the ability to perform pull-ups than relative limb lengths and height.

Not enough women do pull-ups for an overwhelmingly accurate assessment of this exercise as it pertains to tall women and those with different limb and trunk proportions.

In my expert opinion as a former personal trainer, I believe that the extra body weight that comes with being very tall is the biggest hindrance to performing pull-ups.

Arm range of motion has nothing to do with it. Healthy rotator cuffs and a strong core certainly help!