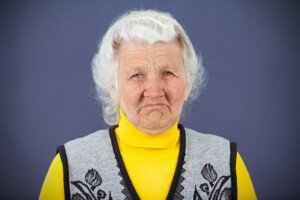 If you enjoy sleeping in or tend to sleep more than nine hours, you’d better watch out:

This is linked to a higher risk of Alzheimer’s disease and other forms of dementia.

Dr. Sudha Seshadri and his team defined sleeping a lot as over nine hours on a consistent basis.

• They were followed for 10 years to see who developed dementia including Alzheimer’s.

The researchers, who are from Boston University School of Medicine (BUSM), calculated that sleeping too long (nine-plus hours) meant that subjects were twice as likely to acquire Alzheimer’s disease within 10 years when compared to subjects who consistently had under nine hours of sleep.

The team also found a peculiar pattern: Subjects who did not have a high school diploma, and who slept excessively, had six times the risk of developing a form of dementia within the 10 years.

“These results suggest that being highly educated may protect against dementia in the presence of long sleep duration,” says the report which appears in the journal Neurology.

Which came first: chicken or egg?

The astute person will immediately speculate that excessive sleep is a symptom of a problem that also leads to Alzheimer’s or other dementia.

In other words, a correlation between sleeping a lot and dementia does not establish cause and effect.

• Does sleeping a lot cause changes in the brain that lead to mental impairment later on?

• Or does something in the brain, that eventually leads to dementia, also cause the person to want to sleep a lot?

The report points out that causality was not established, and that the excessive sleep habits were likely a symptom rather than a cause of the brain changes – long before these neuronal changes began causing noticeable cognitive symptoms.

For these individuals, says the paper, sleeping less would probably not lower the risk of Alzheimer’s or other dementia.