Can a Teen GIRL’s Growth Be Stunted from Strength Training? 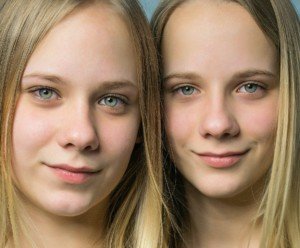 Girls have different bodies than boys, so it’s logical to wonder if lifting weights can stunt a teen girl’s growth.

Your teen daughter—as young as 13—may be expressing an interest in strength training—either for sports enhancement, fitness or even weight loss.

“I’ve seen tons of studies comparing the positive effects of weightlifting on young girls vs. young boys; but there isn’t any credible evidence to suggest that lifting weights stunts anybody’s growth — male or female,” explains Singer.

Where did the idea arise that teen’s will stunt their growth lifting weights?

Maybe this myth was invented by parents who were trying to discourage their teens from lifting weights. And the myth just took off.

Now why would a parent discourage weightlifting in a teen boy? Perhaps they fear injury.

Why would a parent be against their teen girl strength training? Maybe they (very erroneously) believe this will cause her growing body to develop masculine traits.

Yes, believe it or not, parents can be this ignorant.

However, the biggest driver of the myth that lifting weights—by teen boys or girls—stunts development is that seemingly, the most muscled-up adults are short.

But did it ever occur to you that many of these muscular men and women didn’t start training with weights UNTIL they were adults?

This then begs the question: Why does it seem as though most of the really muscled people in a gym are short?

• Some short people take up strength training to “compensate” for lack of height; it makes them feel less vulnerable, especially if they’re a woman.

• Because they are consumed with the passion to “compensate,” they train extra hard and thus develop impressive muscles. 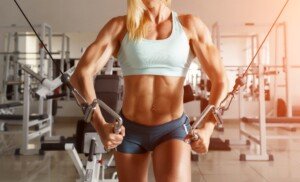 • It is not true that short people develop muscles more easily than tall people.

• Teenagers who are short, especially those who are bullied (for whatever reason) will sometimes turn to weightlifting to build confidence and hopefully scare off bullies with a flexed biceps.

• Some of these teens fall in love with muscle building and become quite good at it.

By the time they are young adults they are rippling with muscle – but they are short because they inherited short genes from at least one short parent or perhaps a short grandparent.

This is because growth hormone is a potent fat-burner. If you can spike production of this anabolic hormone naturally, you will have a faster resting metabolism – and lose fat.

It is well-known in the science world that intense weightlifting increases production of HGH.

Therefore, how is it possible that lifting weights may STUNT GROWTH in a teenage boy or girl?

“It’s extremely important to ensure that children are supervised carefully so that they are not sacrificing form for weight,” says Singer.

“That said, coaches will often find that a young girl is actually easier to coach than an adult woman, because the girl hasn’t been deconditioned by decades of sitting in chairs.”

If your teen girl expresses a desire to lift weights, by golly, encourage her! This will help keep her away from the temptation to begin smoking—which DOES stunt growth in teens!

Dani Singer is a fitness expert for national publications such as Reader’s Digest and Muscle & Fitness, and teaches hundreds of thousands of trainers as an advisor to the Personal Trainer Development Center.