Are You Fat but Think Strength Training Will Make You Bigger? 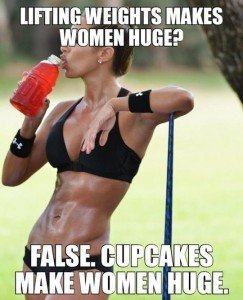 The most important thing an obese woman can do is stop believing that training with weights will make her body even bigger.

The thought that lifting weights makes obese women bigger is a misconception.

When I was personal trainer I often explained to overweight women that strength training will shrink their bodies, not enlarge them.

I explained: “You need to lift heavy to blast fat away, but that heaviness is light to men who lift weights.”

It’s a misconception that has caused many overweight women to fail to accomplish their goals, so it needs to be put to an end.

Looking at pictures of massively muscular bodybuilders doesn’t help the situation at all, but what about them?

They lift weights and get bigger and bigger. Wouldn’t that make this type of exercise something obese women should avoid?

Why Strength Training Will Not Make an Obese Woman Bigger

Muscle is denser than fat and it burns up fat. Somehow, when obese women think of lifting weights, they picture big muscles being created under their fat, making them bigger, and it just doesn’t happen that way.

If an obese women succeeded in replacing all their fat with muscle, still remaining at the same weight, they would be much smaller.

However, the rate by which fat is burned off by muscle means they most likely won’t remain at the same weight. They’ll lose weight instead. 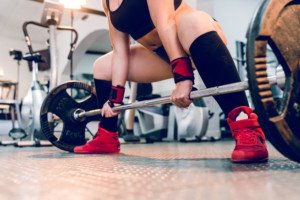 There is almost nothing that burns off fat quite like muscle does. As you build muscle, your metabolism increases, meaning that the excess weight that’s burn continues around the clock, even in your sleep because the muscle stays with you.

Every time an obese women lifts weights, she’s raising her metabolism to a higher level that can be permanent, as long as she continues to exercise on a regular basis. It can help her reach her goals in record time.

Don’t fall for the crazy myth that overweight women will increase their body size from working out with weights — even heavy resistance, for that matter.

Why let such mixed up thinking keep you from having the body of your dreams?