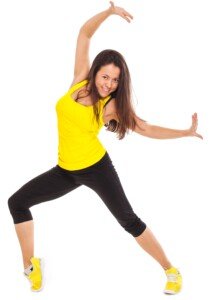 This isn’t a fair comparison; it’s an apples to oranges comparison.

More and more overweight or obese individuals are claiming they are healthy because they are “active,” and even point to studies that indicate that thin people who don’t exercise are in worse shape than overweight people who are physically active.

In fact, Dr. Steven Blair, an obesity expert, outright states that people of normal weight who don’t exercise are at higher risk of mortality than are obese people who “are active and fit,” in an Associated Press article posted to msnbc.com.

Being a former personal trainer, I like to look at all options, not just two. People forget that there is a third option: being “thin” and active!

Now, “thin” is a catchall term, and it can be replaced with the following terms: normal-weight, medium-weight, straight-size, slim, slender, skinny and lean.

Let’s be fair and compare apples to apples.

If a lot of excess fat surrounds organs and is intertwined within organs, that’s dangerous and can give rise to heart disease and type II diabetes, plus increased mortality risk.

So-called skinny people, including professional models, have been found to possess high levels of this internal fat.

They are fat on the inside, but don’t eat enough to look overweight. They keep their weight down via diet and long-duration cardio, but not strength training — which improves body composition and health.

The MRI maps show where people store fat. About 45 percent of the women who were scanned, who had a body mass index of 20-25, had high levels of internal fat. A BMI of 20-25 equates to a thin to normal-weight appearance.

Thin or slender people who don’t work out are typically “skinny fat,” in that, indeed, they have excess fat internally.

However, this problem can be remedied with strength training, which will shift body composition so that there is a higher ratio of muscle to fat, though the person’s body weight remains about the same, as well as their pant size.

I had a client who was skinny fat (arms and legs), though plump in the middle.

Through strength training, she lost eight inches in her stomach, went from 32 percent body fat to 26 percent, but her weight stayed the same: 132 pounds.

Obese people who exercise, should not get too smug about pointing out that thin sedentary people aren’t as healthy.

Let’s not forget about the third option, which is the best option: lean and active!