Can You Be Too Old to Get Microscopic Colitis? 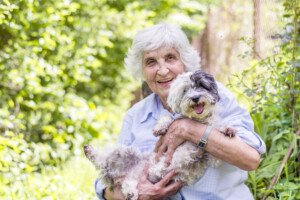 As more gets known about microscopic colitis, it’s clear that you can never be too old to get this diarrhea disease–which is often misdiagnosed as irritable bowel syndrome.

Microscopic colitis is considered an autoimmune disease. If someone in the family has it, this is a marker that other family members are at increased risk.

This is why when my 89-year-old mother developed sudden-onset diarrhea (both watery and explosive), I wondered about microscopic colitis—because I was diagnosed with it six years ago.

However, she also has low thyroid! And I’ll get to the significance of that in a moment.

Though the occurrence of sudden-onset diarrhea may seem to contradict the presence of microscopic colitis (since MC is frequently described as chronic diarrhea), keep in mind that in some patients, the onset is sudden, acute.

In my case, one day I just began having loose stools that fell apart in the water when I poked them.

How old is too old for microscopic colitis?

The prevalence of chronic diarrhea in elderly people is not known. My elderly mother was also experiencing sudden urgency and incontinence (normally she has neither).

MC in older adults can present with rectal urgency and incontinence. Medscape.com states that MC “is a common cause of watery diarrhoea, particularly in older female patients.”

The site continues: “MC is a disease that predominantly affects older patients,” and incidence rates range from five to 10 times higher in people over age 65.

Medscape.com says that a Canadian study found that people over 65 were five times more likely to have developed microscopic colitis.

The site lists a slew of study references, but just how old is too old for microscopic colitis has not been determined.

There may be many people out there in their 90s who have microscopic colitis—that has gone undiagnosed, or, for years has been misdiagnosed as IBS-D or stress related (and the latter especially if the flare-ups are intermittent rather than chronic).

Now, about hypothyroidism. Low thyroid is a risk factor, or at least, is an associative factor, in that MC is more prevalent in those with low thyroid than in those without any other autoimmune disorder.

This is a well-established fact, with many studies (referenced on medscape.com) showing this.

As I type this, my mother’s diarrhea seems to be on the way out; she had a normal bowel movement today (after taking Imodium yesterday).

I had taken her to the ER where (not surprisingly), the doctor named only two possibilities for the cause: a bacterial infection or a viral infection.

Her bloodwork came back negative for C. Diff, and apparently, no bacteria were found in her stool sample.

At the ER the doctor never mentioned MC! When an elderly person goes to the ER with complaints of sudden-onset, blood-free diarrhea—and there’s been no travel, no change in eating habits, no new medications—this COULD be microscopic colitis!

Though MC can present with several symptoms, it’s possible for the diarrhea to be the only symptom.

My mother says she hasn’t had joint aches. MC can come with nausea. My mother had nausea the first day of the diarrhea, then upchucked. Patients with MC have reported vomiting.

They’ve also reported weakness and fatigue. My mother has become markedly weak since the diarrhea began five days ago, but we need to look at other factors.

My mother has lost about six pounds (MC can cause weight loss). Her weight loss is clearly from loss of appetite since the diarrhea began.

Loss of appetite = caloric restriction = weakness and feeling sick when the patient is already only 120 pounds and age 89!

An elderly body responds much faster to a drop in calories from an already-scant diet than if the patient were 45, and that response is a lot of weakness.

In summary, it is not known if a person can be too old to get microscopic colitis, but according to the studies listed on medscape.com, there’s a lot of evidence that this benign inflammatory bowel disease is more likely to strike an older person (especially female) than a younger person.