When School Principal Is the Bully: Advice for Parents 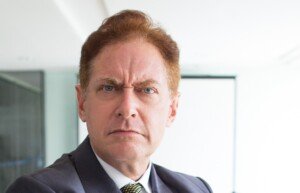 Discipline is one thing, but the principal slammed a non-aggressive student into the lockers, hands around his throat.

The school principal could be the worst bully your child faces!

Yes, sometimes the school bully is the principal. At the high school I attended, the principal fit the definition of bully.

I once witnessed him grab a non-aggressive boy by the throat and shove him up against the lockers.

You can imagine what kind of social skills this full-grown person had with the students.

After I had graduated from college, I learned he’d been fired for being physically aggressive to another student.

Unfortunately, it took that long for something to be done. He knew which kids he could get away with picking on.

People like this instinctively know which students feel powerless, or, to put it another way, which kids have parents who feel powerless or would be too afraid to complain to their parents about the principal.

“Workplace bullies are more common than one might think, especially when they are in positions of power,” says Dr. Marilyn Benoit, MD, Chief Clinical Officer and SVP of Clinical & Professional Affairs of Devereux, the largest not-for-profit behavioral healthcare organization in the country.

Dr. Benoit has a family practice as a child and adolescent psychiatrist.

She points out that even when a parent learns the truth about the school principal, they may be intimidated by this individual’s position of power, and hence, not take strong measures to resolve the situation.

Compounding the problem is if someone’s child is being harassed by classmates or a teacher. If the principal is also a bully, who will go to bat for the young victim?

“Bullying in school is particularly damaging, because in the school hierarchy, students are expected to be respectful and obedient of their teachers and principals,” explains Dr. Benoit.

“So that when principals are the bullies, it affects the entire tenor of the school — morale is low, and the fear of initiating a response to the principal can create a negative environment.”

What can parents do when they find out that the school principal is a bully?

“My best advice is to mobilize other parents for support,” says Dr. Benoit.

“If you create a groundswell of support from parents and the school, you can address the issue in a broader manner and do what you need to do to petition to the school board.

“It’s extremely hard to do it alone and may seem too frightening, especially if you believe your child is at risk.”