“The School Principal Is Bullying My Child!” 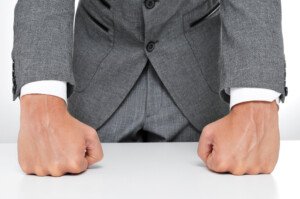 Bullies come in all ages and professions, including that of the school principal.

When I was in high school, I witnessed the principal grab a boy by the throat and shove him up against a locker, barking something at him.

The scene just moments before that was docile; the boy had been doing nothing to deserve being assaulted.

The principal did NOT break up a fight. He was just pissed at the boy and had anger management problems.

There exist parents who, if they learned that the school principal bullied their child in this fashion, they’d be waiting outside for him at his car…a fist clenched.

What should you do if the school principal is bullying your child?

“If parents suspect their principal is the bully, action must be taken immediately,” says Kate Walton, a former public school teacher who has developed very effective anti-bullying strategies for schools, and who speaks to schools and universities on the topic of “The Power of Human Kindness.”

“After talking in-depth with your child and jotting down key details about the incident(s), start by setting up a meeting with the principal and the guidance counselor.

“While being impartial is difficult when it comes to your child, go into the meeting with an open mind and be prepared to hear the principal’s side.

“If you’re lucky, the situation may be addressed during the meeting, depending on the level of productivity.

“Don’t leave the meeting without a solid picture of how future interactions between your child and the principal will look.

“If you are not satisfied with the meeting’s outcome, or if the situation between your child and the principal worsens, take your concerns to the superintendent.

“Obviously, if you believe a crime or physical assault occurred, get the police involved immediately.”

Bullying by the school principal need

It can be with just words, but the school principal has no right using denigrating or intimidating words on a student.

Don’t assume that the student is asking for it, being bratty and belligerent or won’t respond to more tactful interactions.

A bully of a principal will pick on a weak student whom he believes has parents who won’t budge about the situation.

Whom the principal selects as his (or her) victims has a lot more to do with the inability of the victim to respond back with fire and/or immediately report the incidents to parents who will quickly move to action, rather than with how “bad” or disorderly the student is.

In fact, the more brash, aggressive students probably never get picked on by such a principal.

This is the same concept as child-to-child bullying: The child/teen bully picks on someone he knows won’t fight back. The principal is the same way.

My high school principal wouldn’t have dared grabbed the throat of a popular football player or a student whom he thought would immediately report this to his parents.