How Many CT Scans Should a Head Trauma Patient Have? 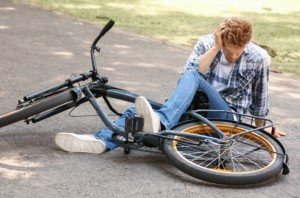 Just how many CT scans are needed if someone has a small brain bleed resulting from a not-so-severe head trauma?

This can be banging their head on the bottom of the bathroom sink after kneeling on the floor and getting up.

Is it possible for a doctor to over-order CT scans in a head trauma patient with a chronic subdural hematoma (slow brain bleed)?

Years ago my mother had seven CT scans in 29 days due to a chronic subdural hematoma.

Certainly, she is not the only person to ever undergo many CT scans of the head in a short period of time.

“CT scan is a fast, effective way to evaluate for and monitor brain hemorrhage,” says Resham Mendi, MD, a renowned expert in the field of medical imaging, and the medical director of Bright Light Medical Imaging.
“Once a brain bleed (such as subdural hematoma) is diagnosed, CT is used to monitor it to make sure that it is not progressing or becoming larger,” explains Dr. Mendi, who was not involved with my mother’s treatment.”

Dr. Mendi points out, “Although CT does have radiation, the benefits of CT in a the situation of life threatening brain bleed far outweigh the risks.
“If a brain bleed progresses, this can lead to brain swelling, herniation and death.
“Until the bleed it deemed to be stable, it is not uncommon for it to be checked with CT every day or every other day.”

What About for Milder Head Trauma?

The January 2013 issue of Neurosurgery has a report that questions the need for repeated CT scans in patients with non-severe brain bleeds.

“The available evidence indicates that it is unnecessary to schedule a repeat CT scan after mild head injury when patients are unchanged or improving neurologically,” says the paper.

• Next day she had another one. Both were normal.

• However, 42 days later (01/09/11) she had another CT scan after awakening with neurological symptoms. That image showed the brain bleed.

• Two days later she had another CT scan following surgical draining of the blood/fluid from her brain.

• About a week later she had another one because she was experiencing new-onset neurological symptoms — that were ultimately attributed to an anti-seizure drug given pre-emptively for the head injury.

On 01/24/11 she had another computerized tomography (scheduled), but this one was based on yet a new set of neurological symptoms (that were soon found to be caused by a recurrence of the brain bleed).

The next day she had yet another CT scan (in the ER) following acute delirium. The ER doctor said the delirium was an adverse reaction to the Medrol Pak (oral steroids) that were prescribed for the injury.

On 01/27/11 she had another imaging following her second surgical draining.

That all seems like a lot of head CT scans, but it’s important to keep ahead of brain bleeds, and to weigh the risk vs. benefits.

It would take many years for radiation exposure to cause adverse effects, if any, and if the patient is already elderly , the concern over radiation becomes smaller.

The standard protocol is to give repeated CT scans after even mild head trauma, since bleeding in the brain can be life threatening or cause permanent neurological damage.

Whether the patient truly needs routine follow-ups based on a timeline, vs. another scan based on symptoms or what the previous scan showed, is up to the treating physician.

Symptoms, not timelines, should guide the need for CT scans for small slow brain bleeds, says the study.

These findings do not necessarily apply to victims of severe head trauma.