How Common Is Transient Ischemic Attack? 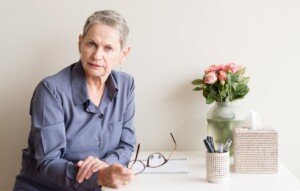 The number of Americans who  have a transient ischemic attack  every year is huge.

In Expert Review of Neurotherapeutics, three neurologists report that as many has 500,000 people in the United States every year experience a transient ischemic attack (TIA). Another name for a TIA is a mini stroke.

Half a million Americans every year suffer a transient ischemic attack, but how many eventually suffer a full-blown stroke within 90 days? The ERN report says 10 to 15 percent.

Out of these strokes, 40 percent will strike within 24 hours of the original transient ischemic attack.

The difference between a TIA and actual stroke is duration. The causation and symptoms are the same, though in the TIA, the symptoms are temporary (transient).

A blood clot obstructs a vessel in the brain, blocking oxygen to the portion of the brain that the vessel feeds.

Symptoms include sudden-onset double vision, paralysis, weakness, numbness or clumsiness, especially on one side of the body (lower and/or upper).

It’s not difficult to believe that the number of Americans hit by a transient attack every year is as high as half a million, considering that triggers of these blood clots include hardening of the arteries, carotid artery disease, high blood pressure and heart rhythm disorders.

Studies out of Britain and France loosely conclude that treatment that rapidly follows a TIA can slash stroke risk up to 80 percent. A transient ischemic attack is ALWAYS a medical emergency, even if the symptoms last only 30 seconds.